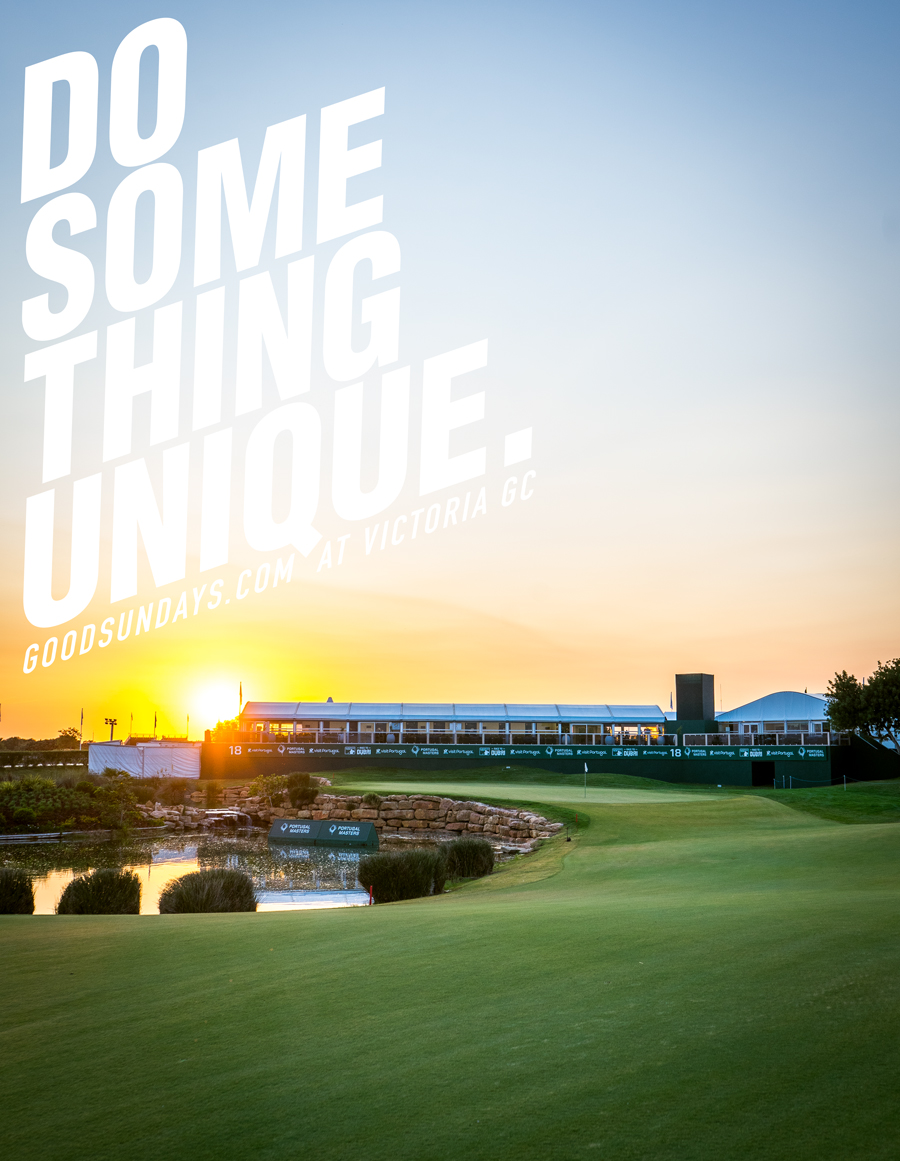 After playing the stunning The Old Course of Dom Pedro Golf and spending another very comfy night at the Dom Pedro Vilamoura – Hotel Resort & Golf with a super delicious dinner at Buzios Beach Club, you might guess that I was having a pretty damn good time. Nevertheless I couldn’t wait for what I would later realize to have been one of the best golfing experiences in my whole life: 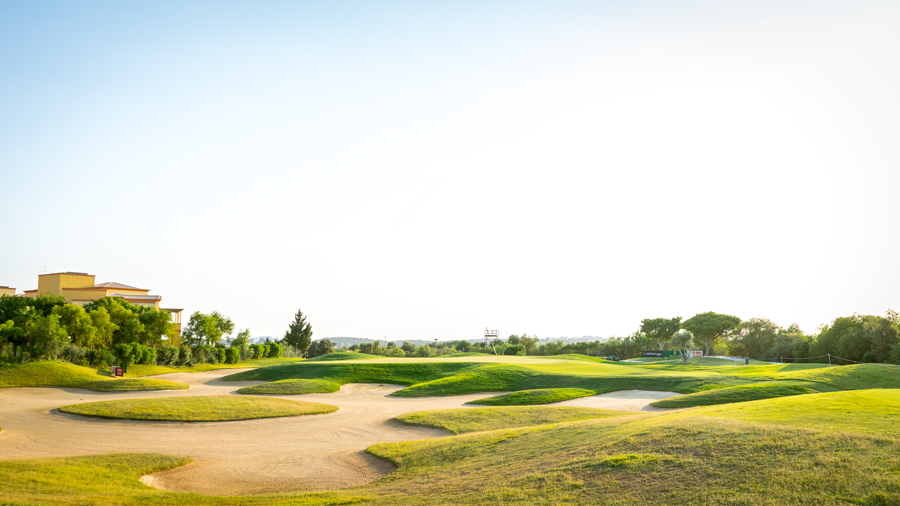 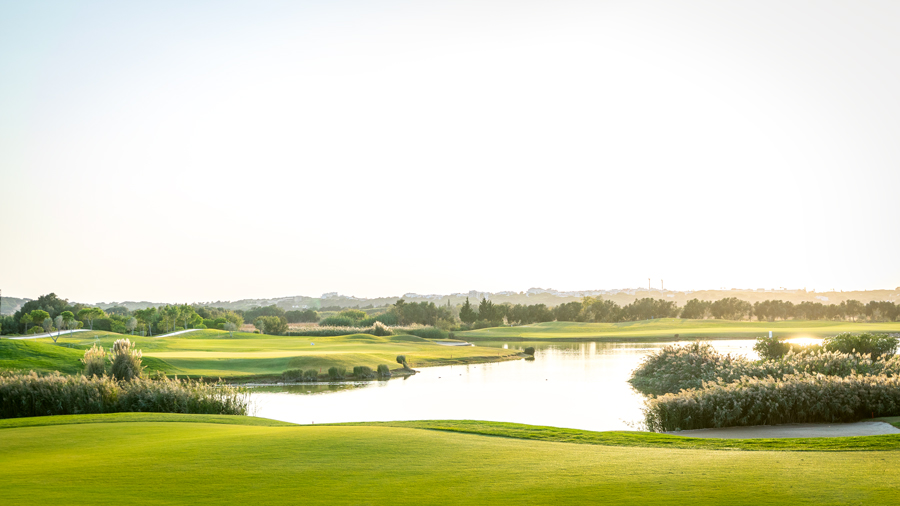 The ProAm tournament of the Portugal Masters, which is a European Tour event at the world class Victoria Golf Course of Dom Pedro Golf. Folks I can’t even tell you how excited and nervous I was, but then my flight turned out to be super easy: The YouTube and Instagram star sebcbrown4 from England, Joup from Leadingcourses.com and our amazing Tour Pro Mister Russell Knox, who was down right the friendliest top athlete I have ever met. So much superlative, but honestly it couldn’t get any better. 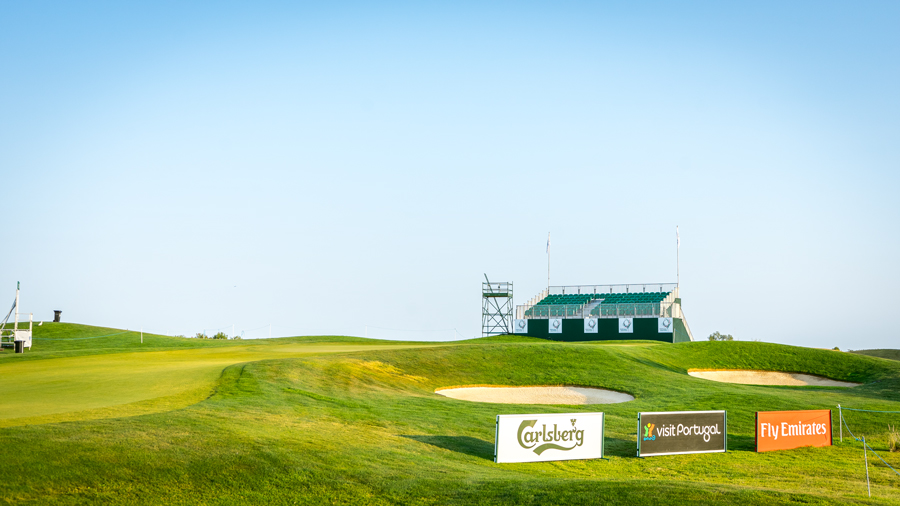 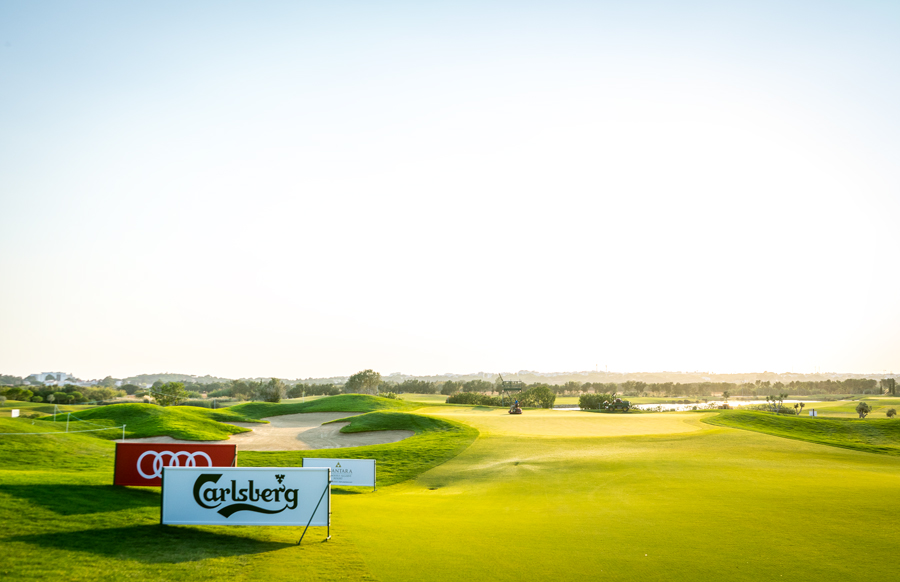 When I was walking around the club the day before and took some shots of the golf course, I realized that it was really in absolute world class Tour conditions. In general I would say I easily find a reason to become quite weak in the knees when I walk to the first tee. Here that wasn’t necessarily the case because of me having to hit the first shot in front of a huge gallery, no I was very anxious because the bloody Transavia airline had broken my putter on the flight to Portugal. Hell, I played with a rental putter on these extraordinary greens, but from hole to hole I was able to really develope a great feeling, not least because of Russel’s caddy’s great advice. 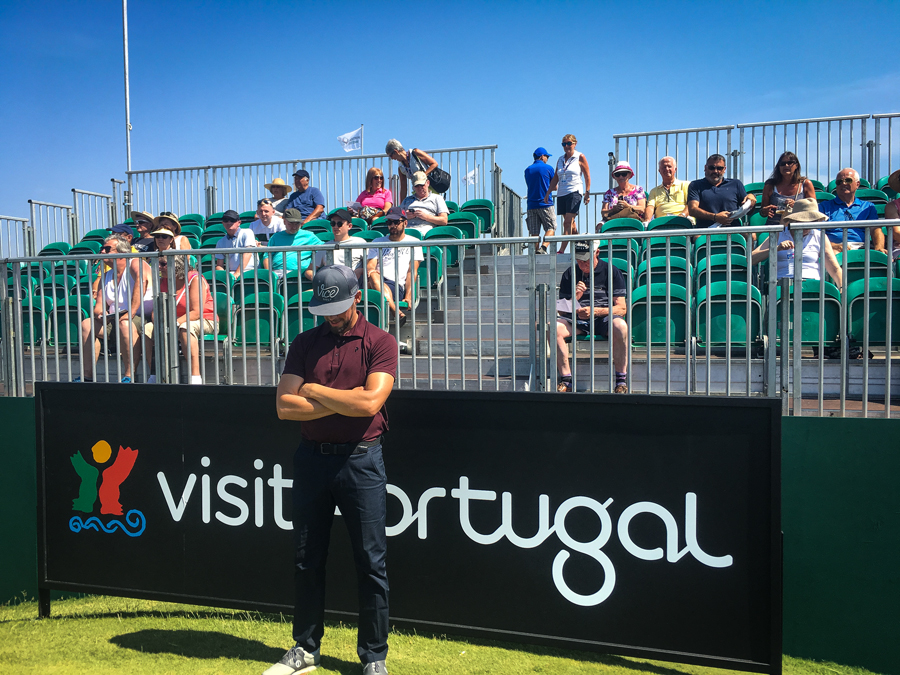 So back to the first tee: During my preshot routine I felt like a melting piece of butter and shortly after the announcer had said my name and I tipped my hat to make a little joke and pull myself out of my funk, I pulled my drive into the middle of #$¥%ing nowhere. Good fun for the audience, but no biggie for my team, since fortunately this ProAm was a Tour scramble. Meaning all of us hit a drive and then for the second shot we used the best ball, which was usually the ball of the Pro. I mean we could have used one of ours, if Russel hadn’t been in the fairway, but 90% of the time you end up using the Pro’s ball. Same on the Par3s. 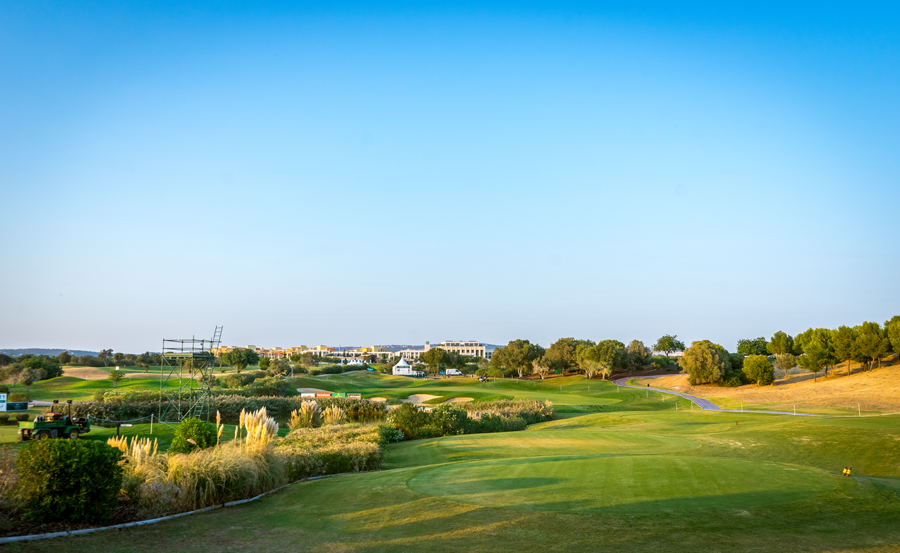 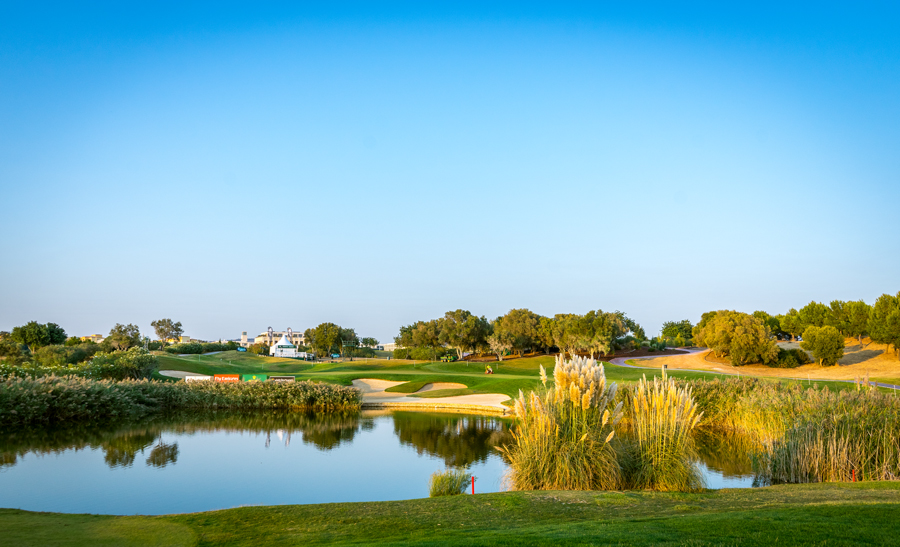 My flight was doing amazing. sebcbrown4 was driving really well and hit almost every fairway, so combined with my amazing putting skills on this day we really rocked the show. 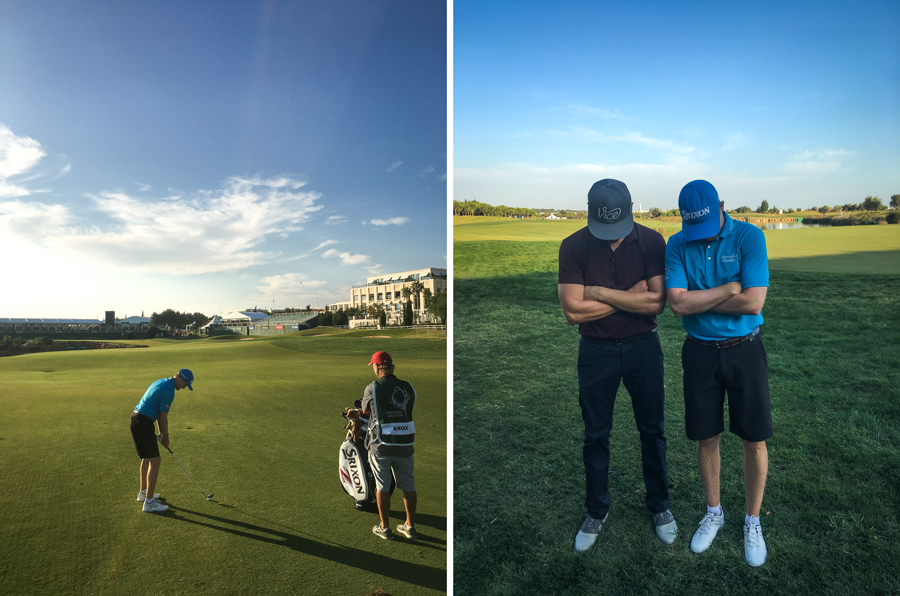 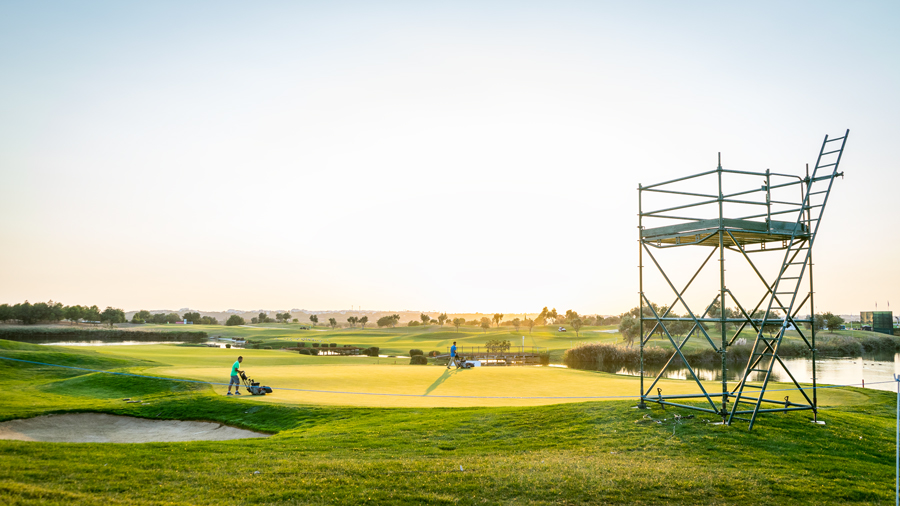 No need to say that the course was wicked!

My favorite hole was the divine No.18. Such an awesome finishing hole! You need a great and straight drive, anything else will deprive you of almost every chance for a par, because of all the water on the left and the bunkers on the right. The second shot is also really cool, because the water will be in play all the way on the left side and therefore you have to aim more right. My last iron of the day was a very special shot for me. Looking at the grand stands behind the green, I had another WOW moment, realizing just how great it was to play this course with those guys! 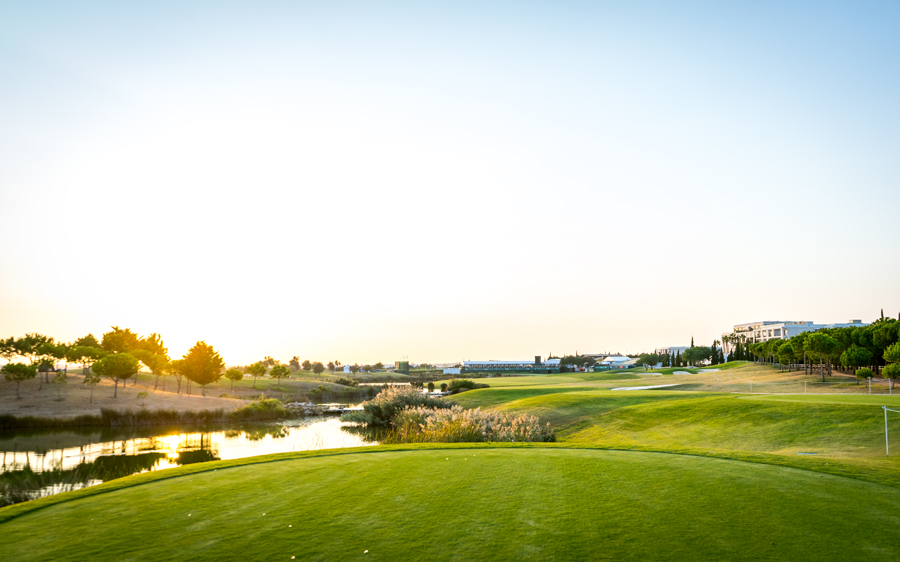 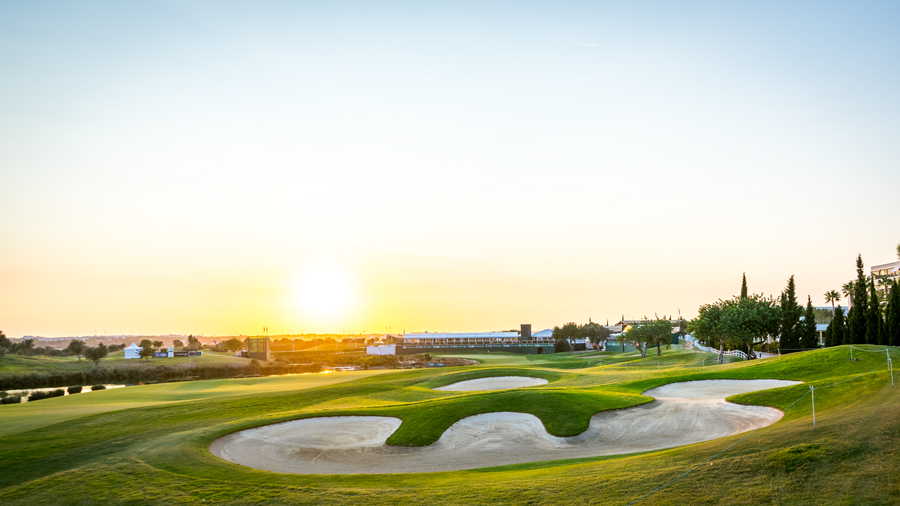 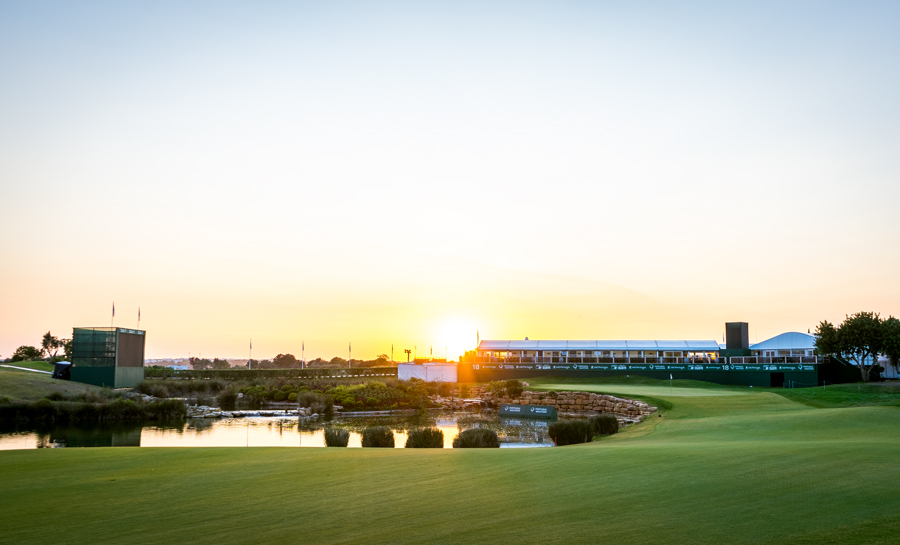 Of course I would love to play it once more under normal circumstances, because the greenkeeping on the course was just unbelievable. For me it was a major experience, from the cozy and perfectly organized Dom Pedro Hotel to the two world class courses that I was able to play. To top it off, I got to tee it up with Russel Knox in the ProAm…just unbelievable! 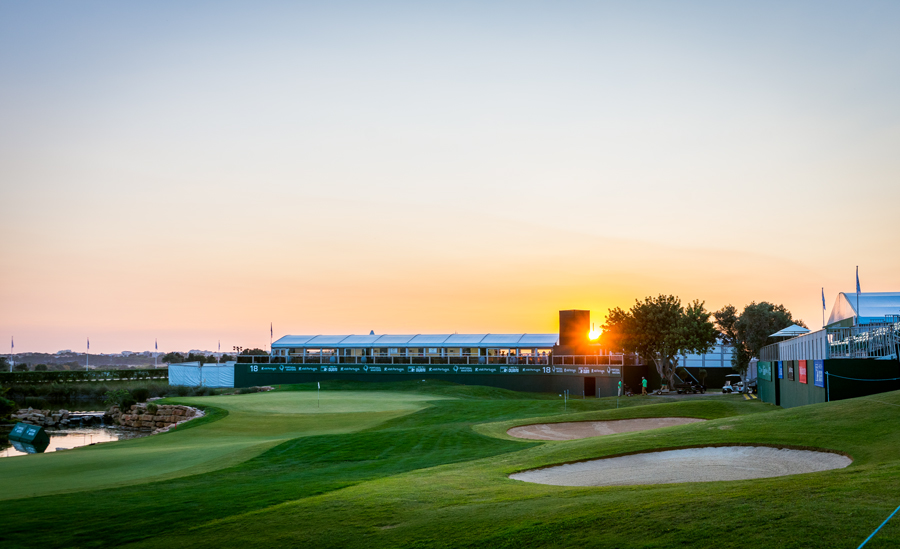