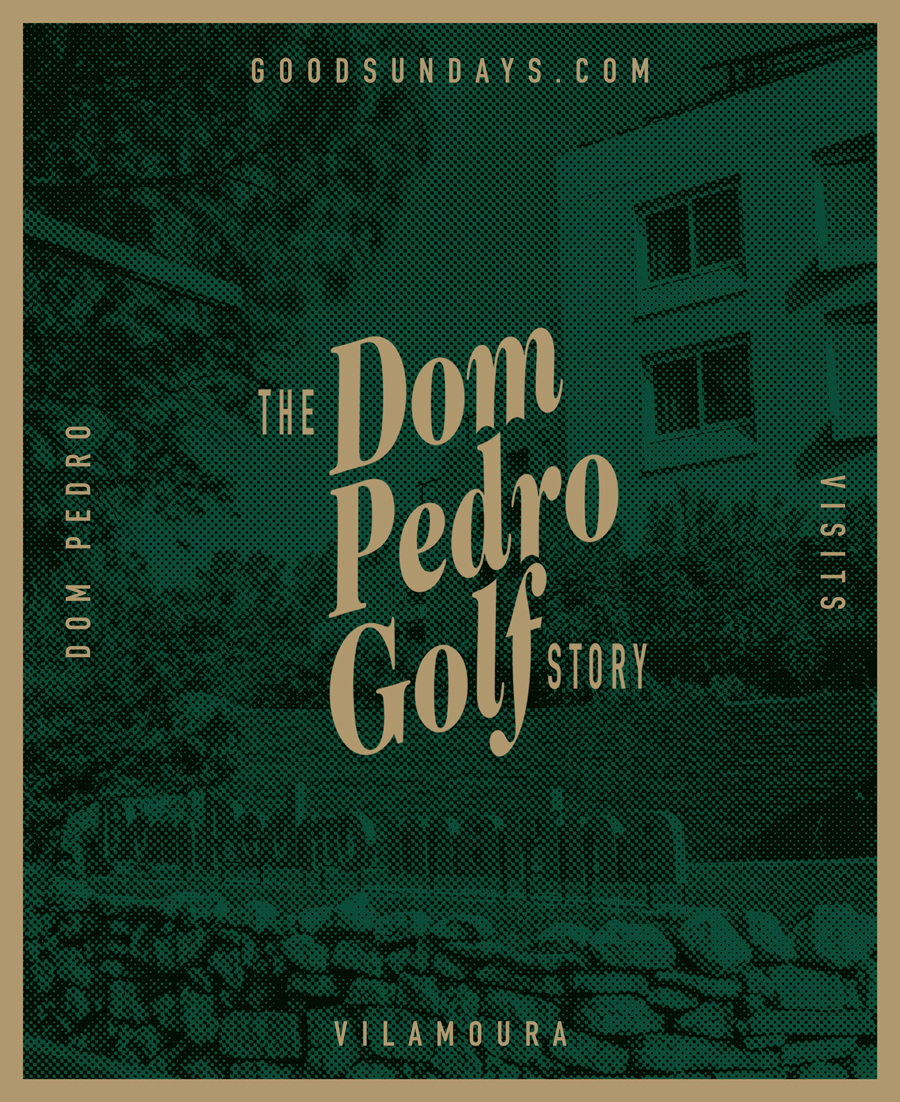 People who know me, know that I prefer nice, small and individual accommodations. I come from a part of Europe where unfortunately it is not possible to pursue my passion all year round, so travelling is an important thing for me. Late last year I had the extraordinary opportunity to play in the ProAm of the Portugal Masters on the legendary Dom Pedro Victoria Championship Course. And I stayed in the Dom Pedro Vilamoura Hotel. Well, one thing led to another and I was allowed to explore all of this one more time for you:

Together with the Victoria, Dom Pedro Hotels in Vilamoura include another four golf courses: the Old Course, Pinhal, Millennium and the Laguna, of which until then I had only played the Old course and I was more than curious how they would present themselves. 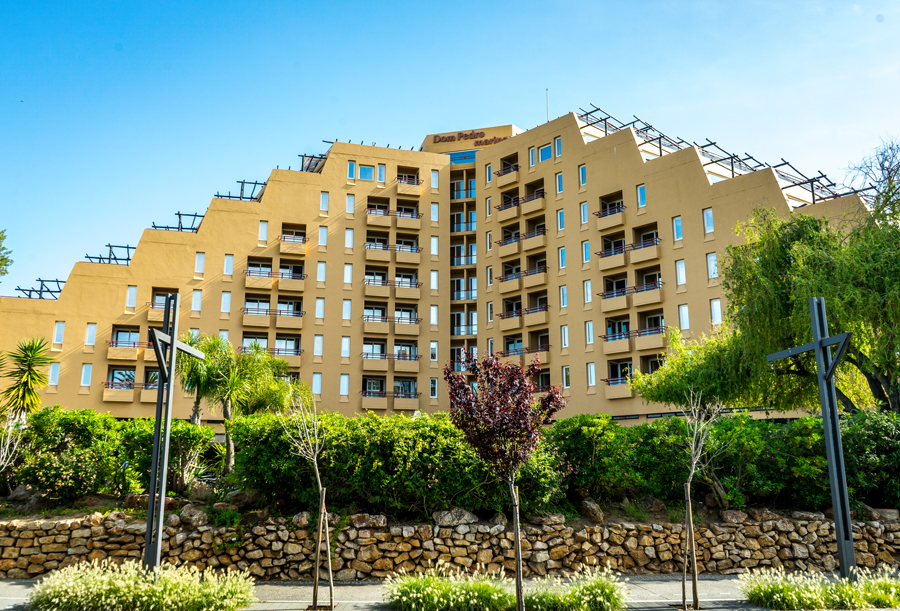 I honestly think the Dom Pedro concept is ingenious. A hotel surrounded by five different golf courses and all are run by the same company. It just can‘t get any better, if you want to escape the cold and wet weather during the off-season and play golf on five incredibly different courses. Everything belonging to Dom Pedro makes organizing bookings, transfers and tee times super easy and uncomplicated. Furthermore you have three absolutely different Dom Pedro hotel choices in Vilamoura: the Dom Pedro Vilamoura, the Portobello  and the Dom Pedro Marina, where I was staying. 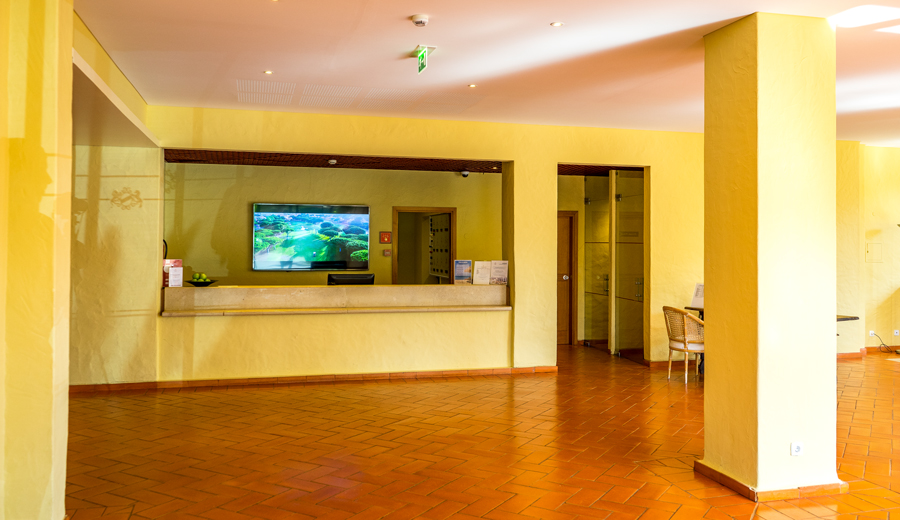 The hotel has a three star rating although I would like to give it at least one more. I’ve been around the world and as a German I’m rather picky, but here from the front desk to the breakfast everything is just really good. Everyone at the reception is very friendly and the staff is more than helpful and well organised. 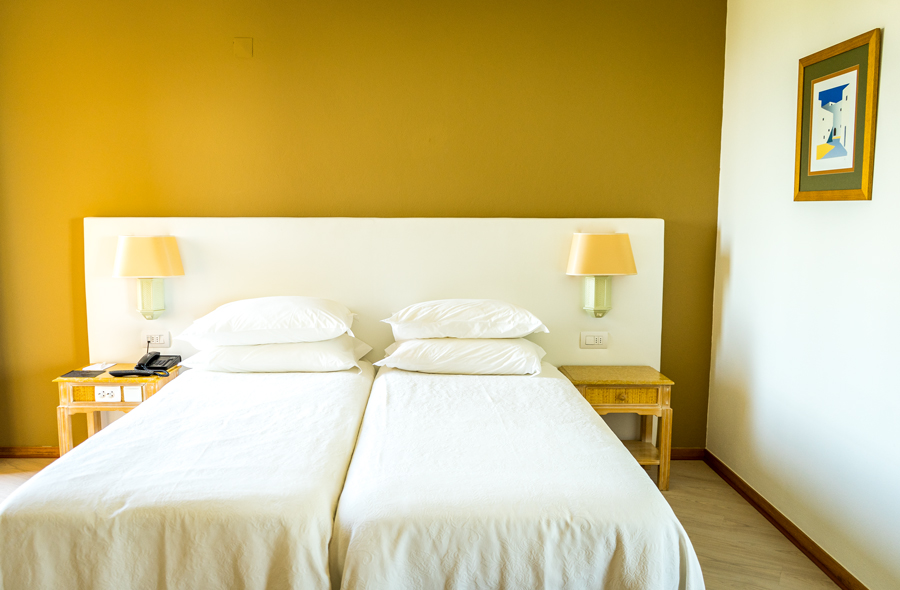 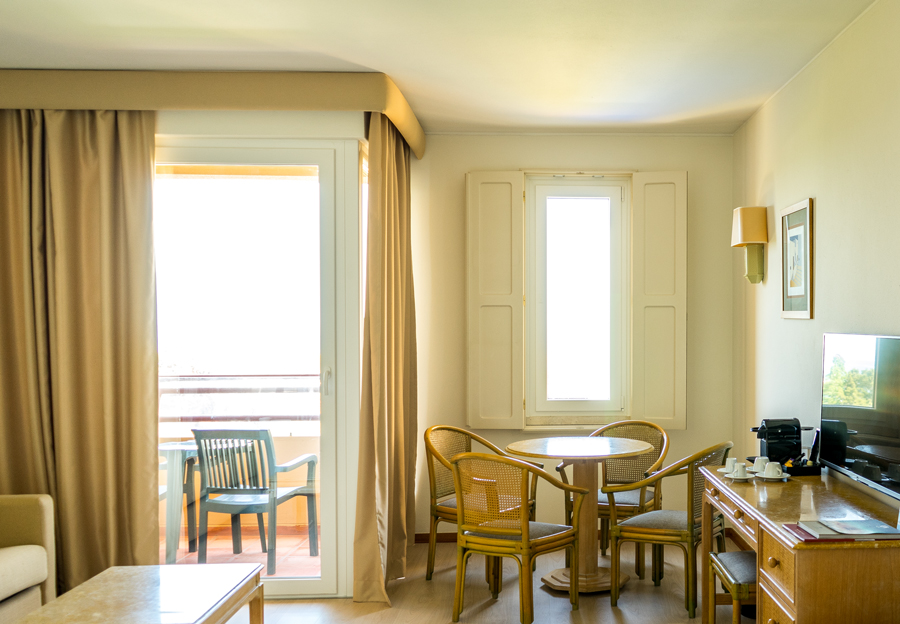 The rooms are very clean and equipped with a super comfy bed and a spacious bathroom. There’s also nothing wrong with breakfast at all. From the traditional sausage and cheese buffet to the muesli, various types of bread, fruit and small cakes plus a very cool Nespresso tower – anything you’d need, it’s all there! So grab a little refreshment and you’re ready to go: 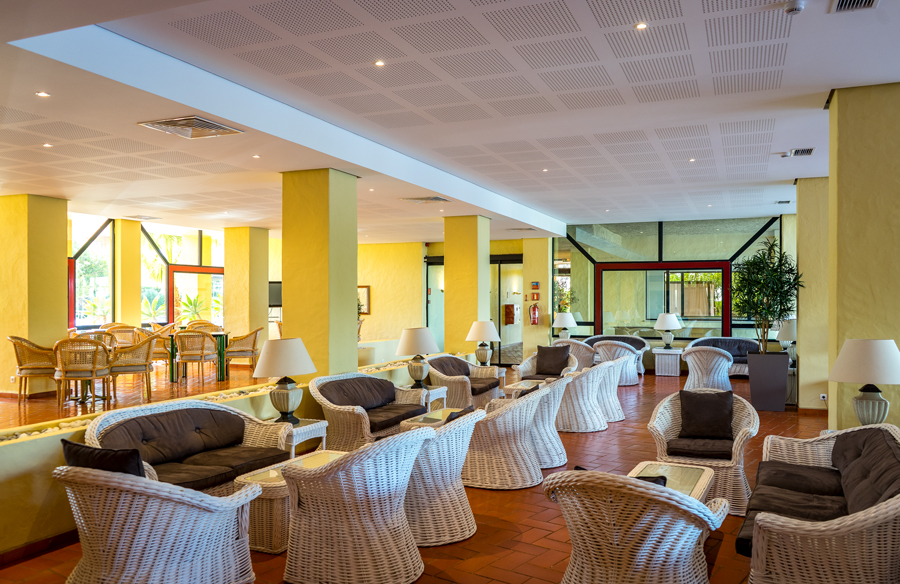 With the transfer shuttle you’ll be at one of the five top spots in about 15 minutes: Dom Pedro Victoria, the Old Course, Pinhal, Millennium or the Laguna Course. Of course, the transfer will also get you back once you‘re done with one of the beauties.  If you don’t want to dine in the hotel in the evening or feel the urge to get out a little bit more, then just stroll around and have an ice cream or a beer in one of the countless places along the marina. My recommendation for a pub would be the „Patacas“ which is mainly visited by locals. The Dom Pedro Marina Hotel is just perfectly located, because you can reach everything in a maximum of ten minutes on foot, so there‘s no need for a rental car or a cab. 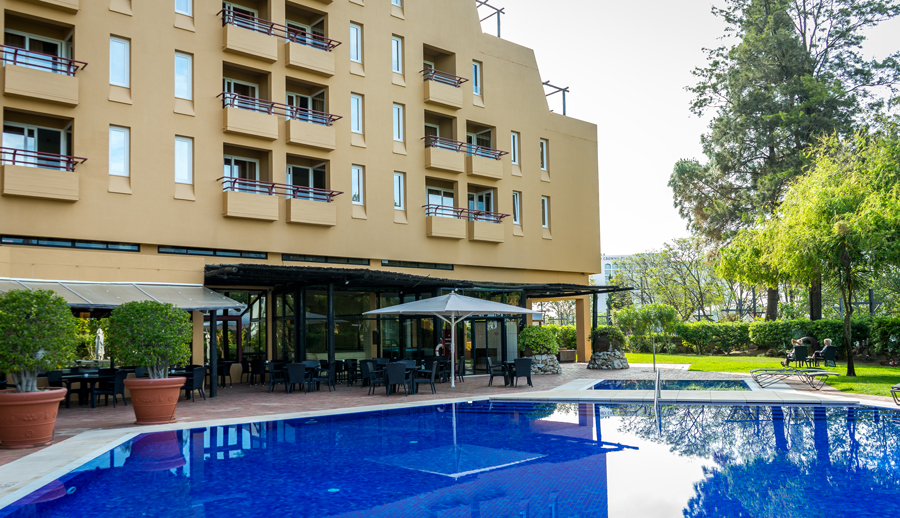 In summary, I can only warmly recommend the Dom Pedro Marina Hotel, especially for every central and northern european off-season golf trip because it is simply so easy. A cool hotel located directly on the beach and the marina in the centre of Vilamoura with access to five perfect golf courses. Plus the really really good chance for perfect weather. I could well imagine taking a buddies extreme golf vacation to this place in the near future.