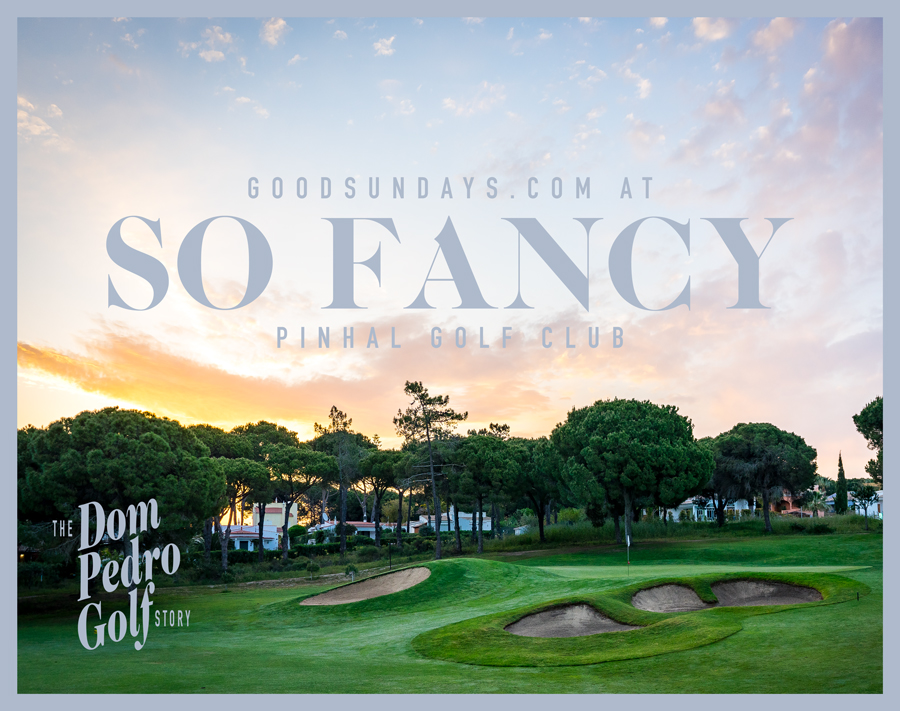 To finish my trip I had one more tee time, which was at the Dom Pedro Pinhal Course. 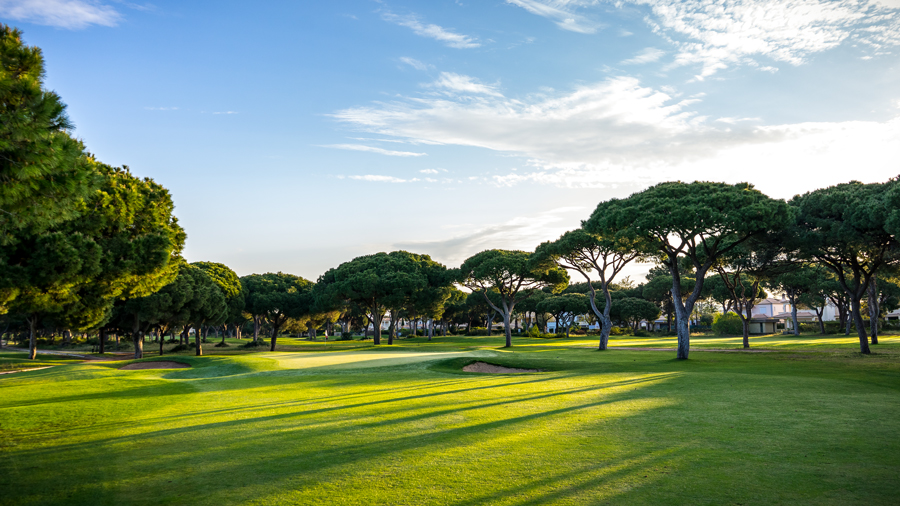 During my trio to Portugal I had already heard a lot of good things about Pinhal from my flight partners and other guests. It being another Frank Pennink Design, just like the Dom Pedro Old Course, I was expecting good things to come. Especially the great condition of the greens was mentioned many times by other players, which I could more than confirm during my round. 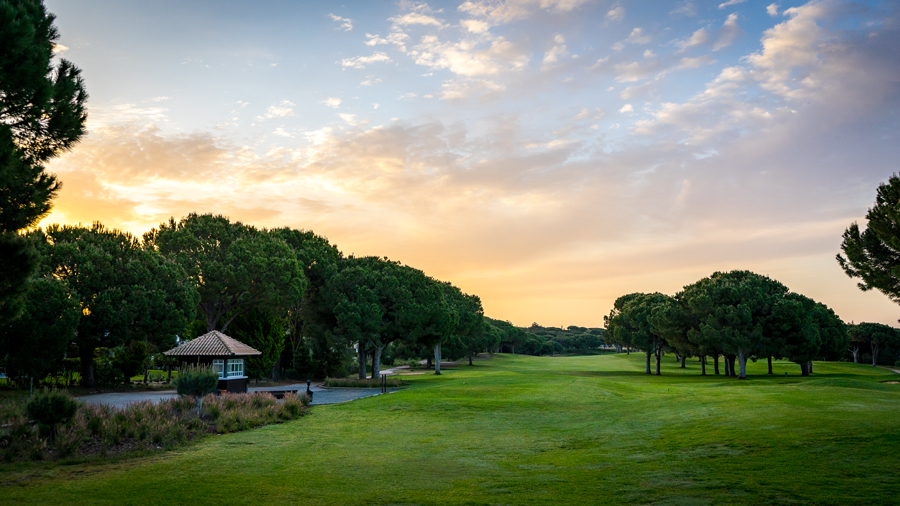 What impressed me the most already from the beginning was the history that you could feel everywhere on these grounds. From the the Starter‘s house to the old layout and the the magnificent ancient trees. Pinhal is known for its strategically well placed trees in the landing zones of your tee shots and the many bunkers around the greens, that, in combination with the narrow fairways lined by trees, have driven me mad. 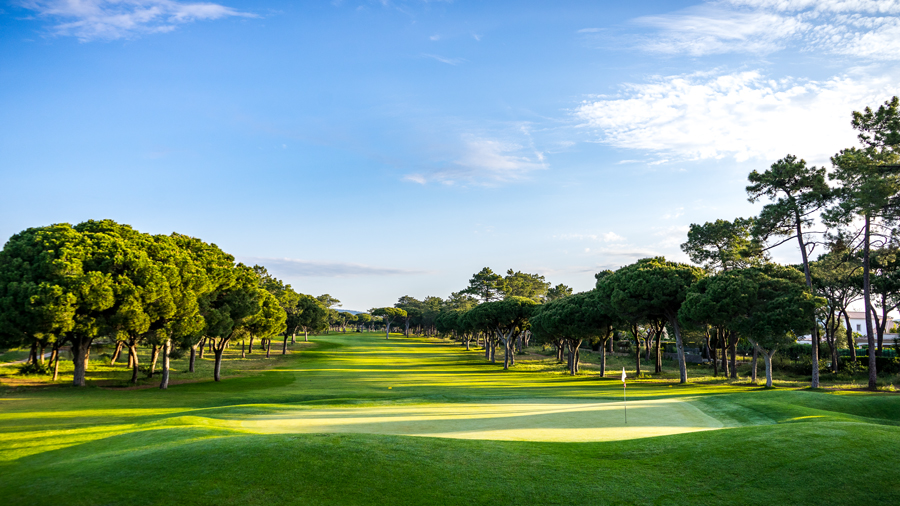 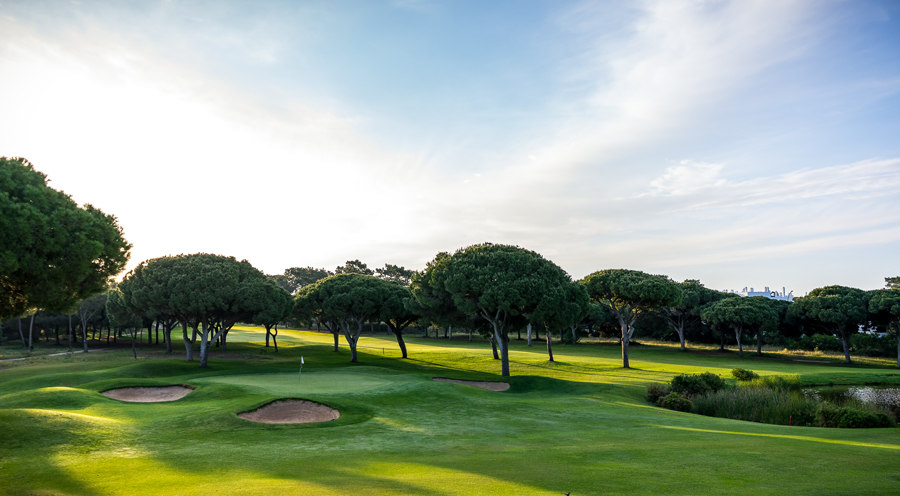 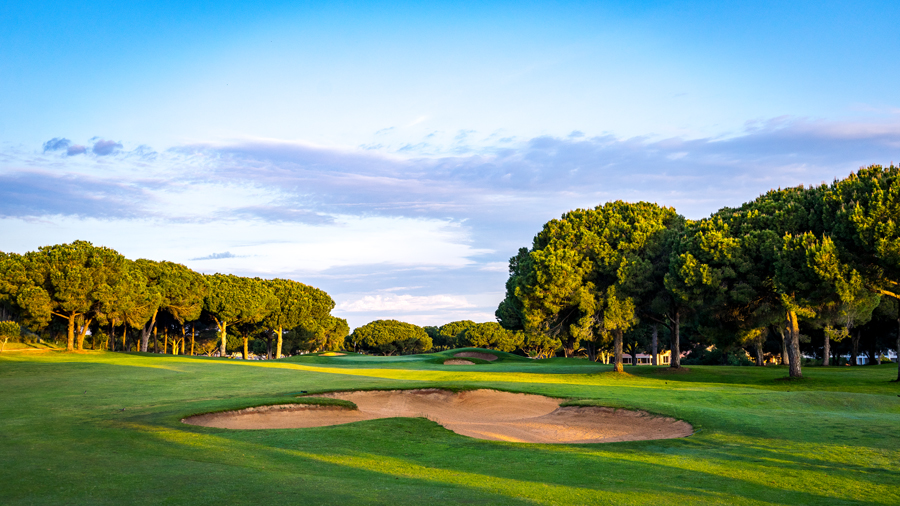 But with my recent driving stats probably any course could do that to me.

Speaking of tee shots, the tee boxes again are absolutley leveled and from some of them you have a legit view on Vilamoura and the sea. The greens are nasty small and ondulating. Super tough to hit, since they are often placed diagonally or transverse to the fairways. Boy, difficult pin positions can really get you in trouble here. 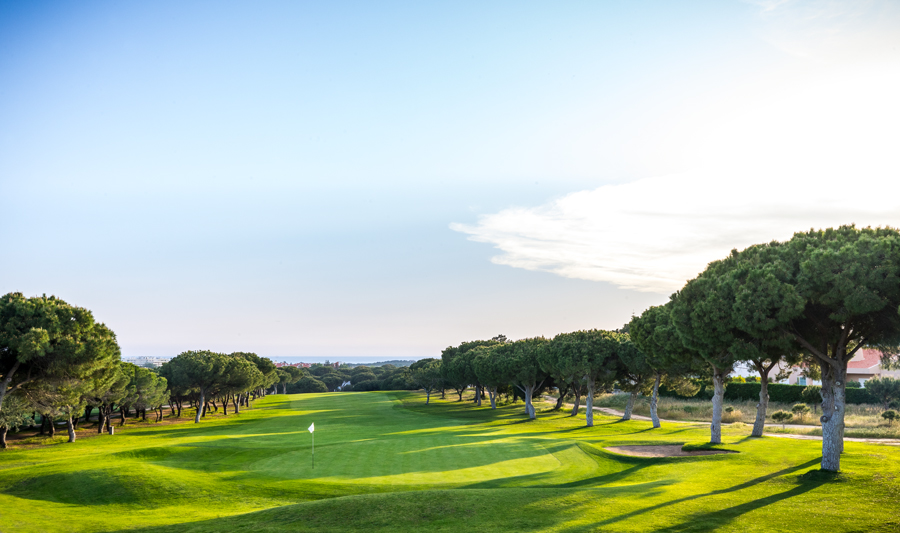 I guess it’s often the case in the game of golf, but you should really avoid the rough.

Thick and juicy it’s the absolute plague for my awful driving statistics and will only very unwillingly let you set your ball free again. 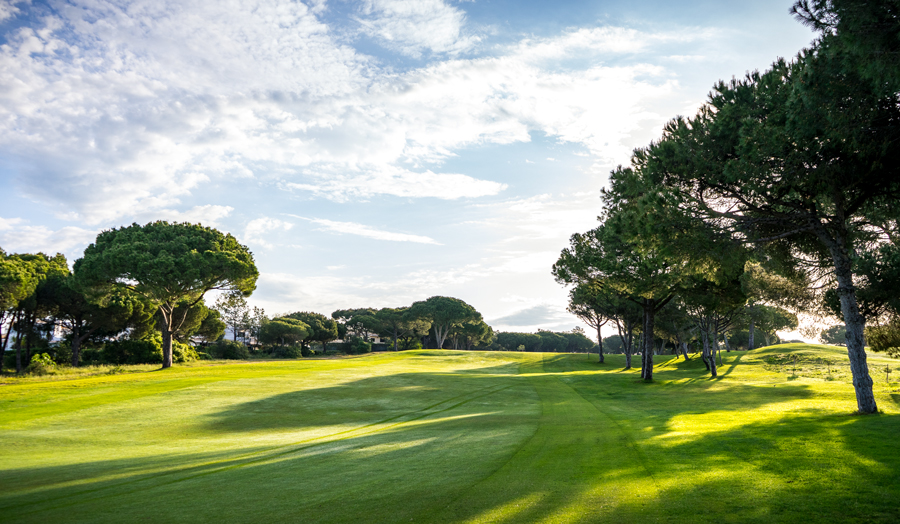 One of my favorite holes was No. 10, a blind tee shot to the top of a hill that will give you a beautiful view over Vilamoura and the sea, if you manage to hit the fairway. As soon as you get back from staring to preparing your approach shot, you will see how tiny the green is, so I would say shooting Par is a really good result here going into the back nine. 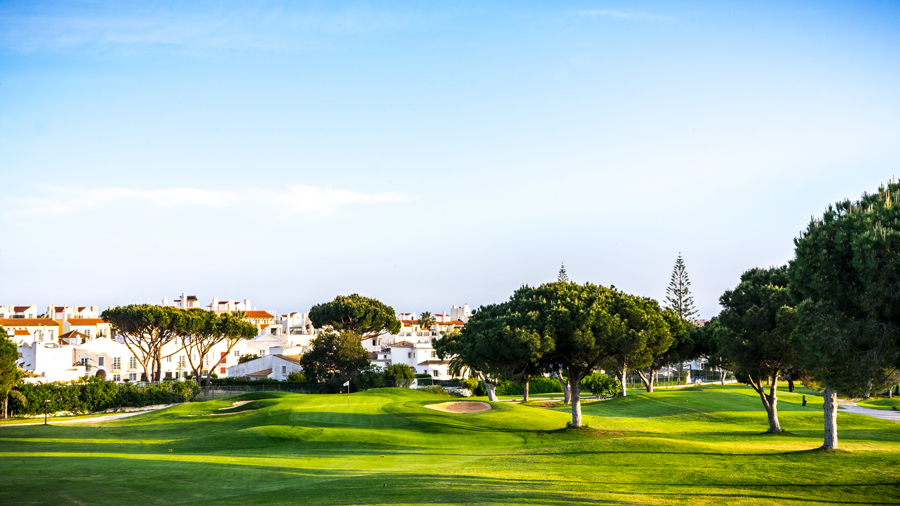 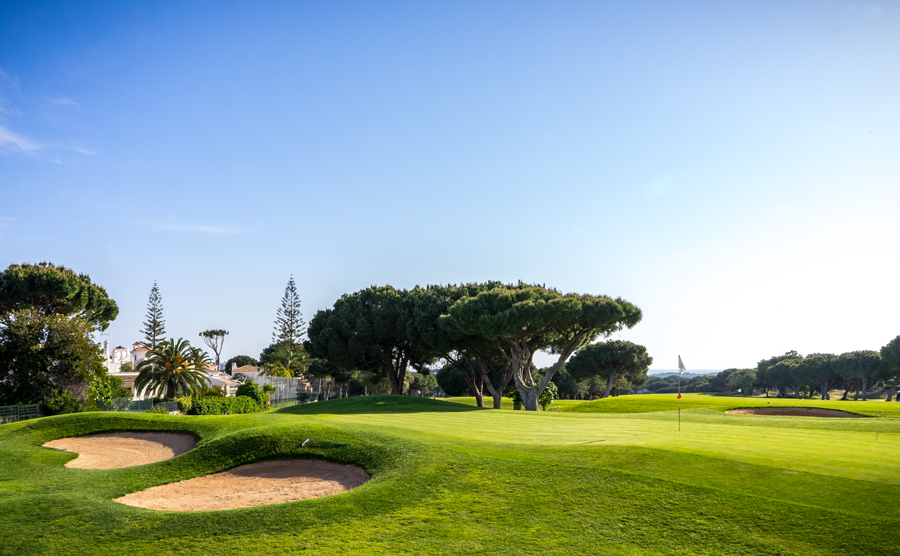 Some may not like the many mansions built next to the fairways, but because of their interesting architecture and them being a nice distraction from time to time, I gotta say I rather liked them. 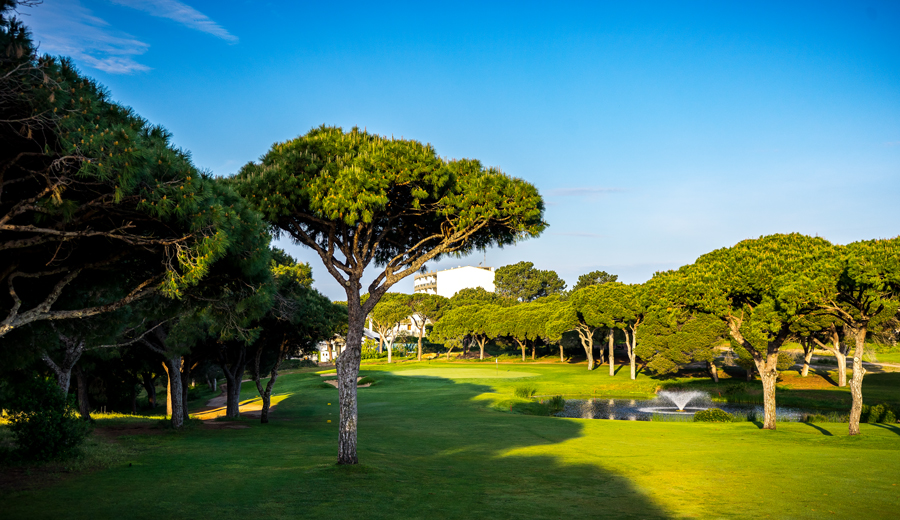 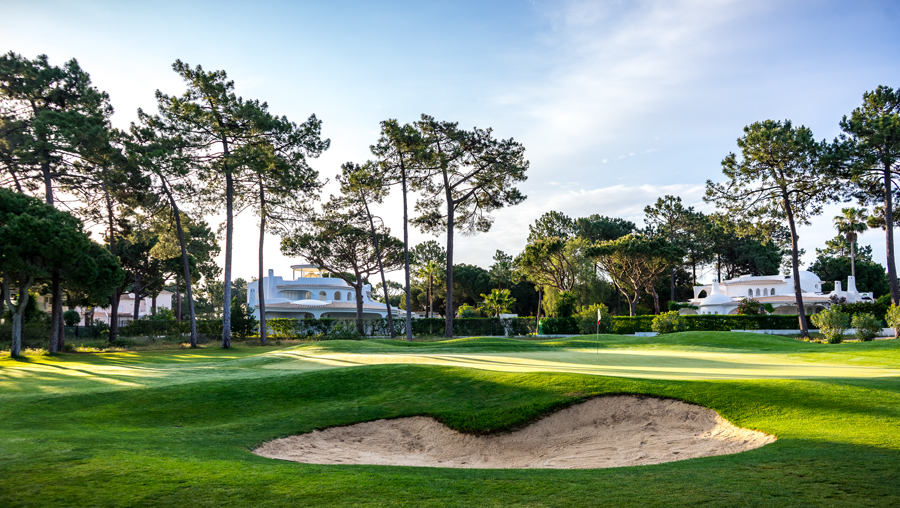 My goodsundays.com signature hole is definitly No. 14. The relatively short Par 3, at only 130 meters from the white tees, is a true eye catcher, because you will have to shape the ball around the two trees that a are right in front of the green. 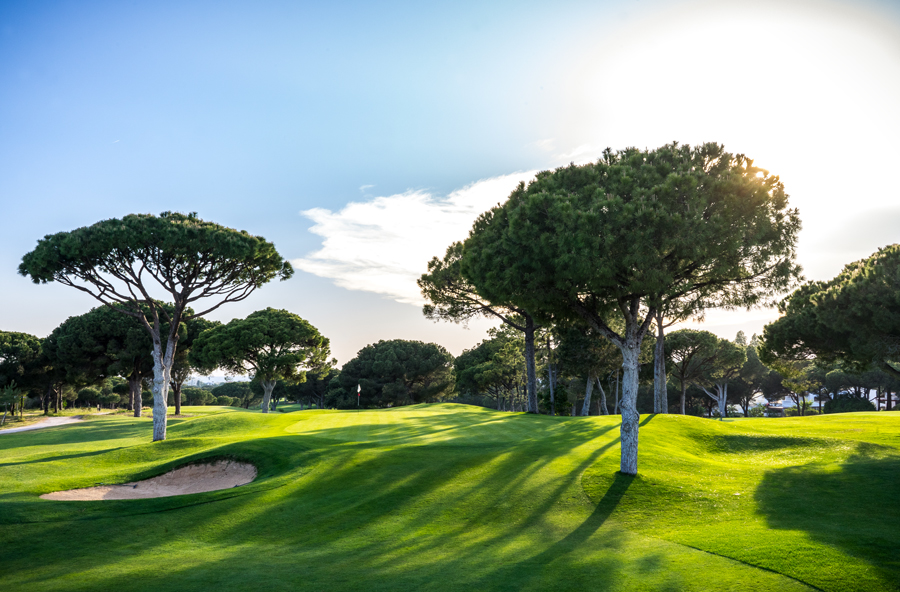 No. 17 & 18 are a well-designed finish to the round, where Pinhal will one more time flash its teeth. 17 is a dogleg Par 5 on which you have to nail your drive, if you want to give yourself a good chance of hitting the green in regulation. About 220 meters to the left side of the fairway will leave you with about a 4- and a 7-iron. Into the microscopically small green, of course. After pulling another drive I was only able to card a double bogey… 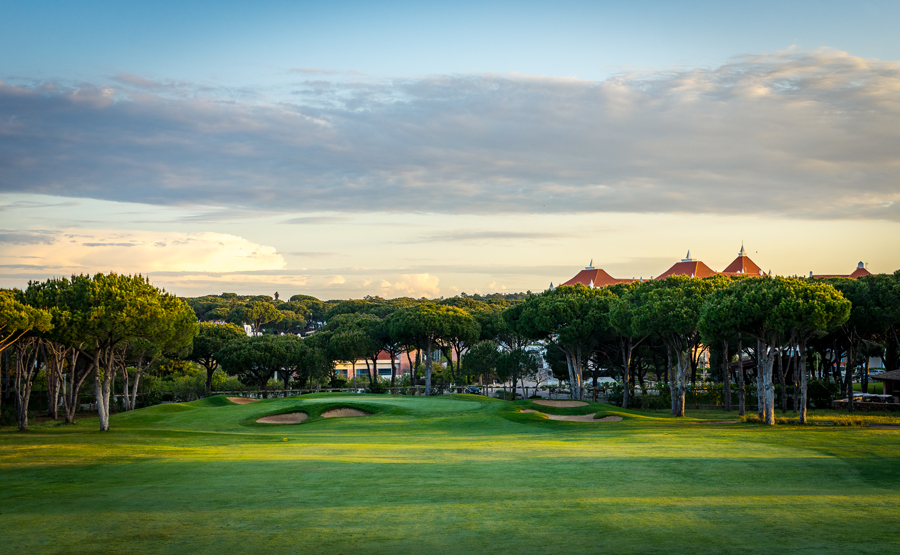 Damnit, but on to No. 18. The tee box again is a spot for a really nice view, which can only be topped off by a perfect drive. The fairway runs diagonally to No. 10 and after that solid 200 meter tee shot, you should be able to hit your second with a mid iron from the hill into the green, where the beautifully designed bunkers are doing a perfect job in the defense department. 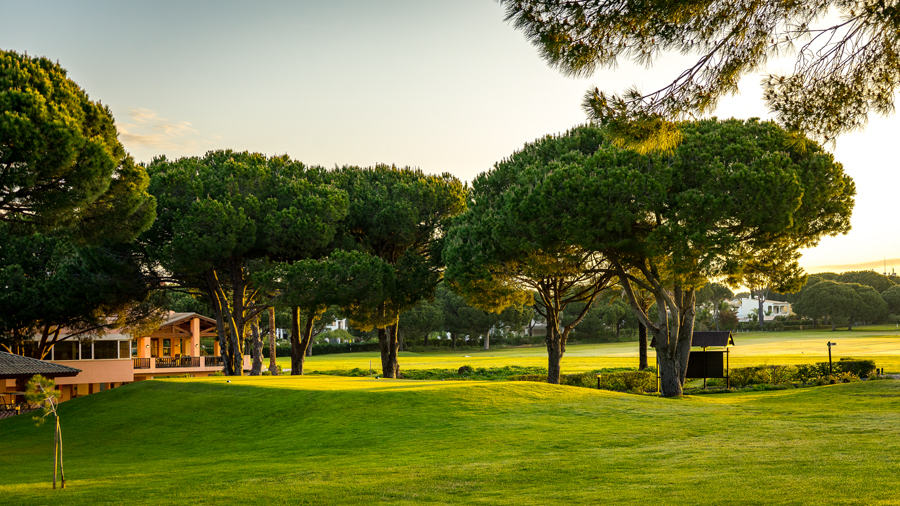 After the round you should definitely have a beer on the terrace of the club house which is right next to the driving range, so you can sip on your cold one and watch all the other gardeners dig up the dirt. 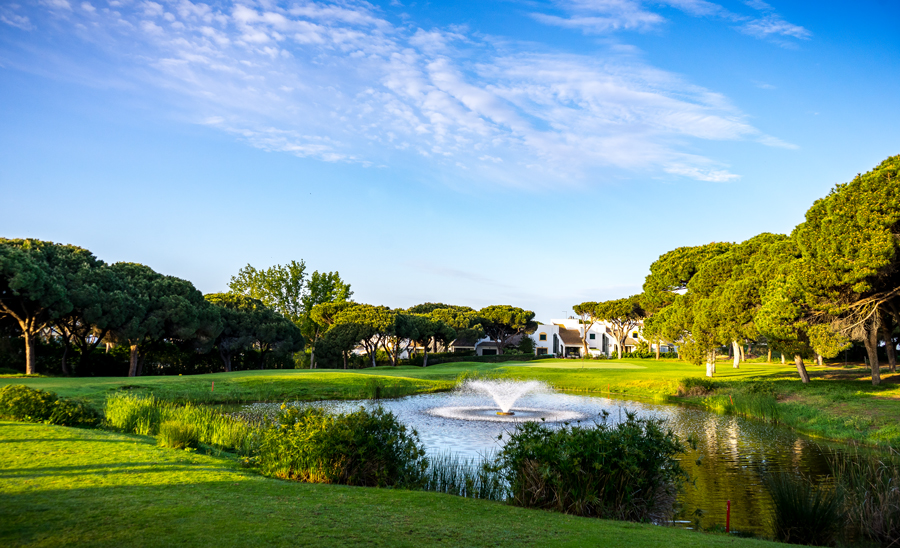 So Pinhal is definitly another must and really a fun course. It might be a little crowded sometimes, but the layout and condition are immaculate.