On my way to GC Lichtenau for the “Wöhrl for Kids Golf Cup” I had some time to kill. So I decided do play quickly 18 holes at GC Abenberg. I had played here before but only nine holes on the B course, so this time I chose the A and C course combination. Arriving there I was a little bit disappointed, the very friendly office could have told me that some of the holes are only playable on winter greens. 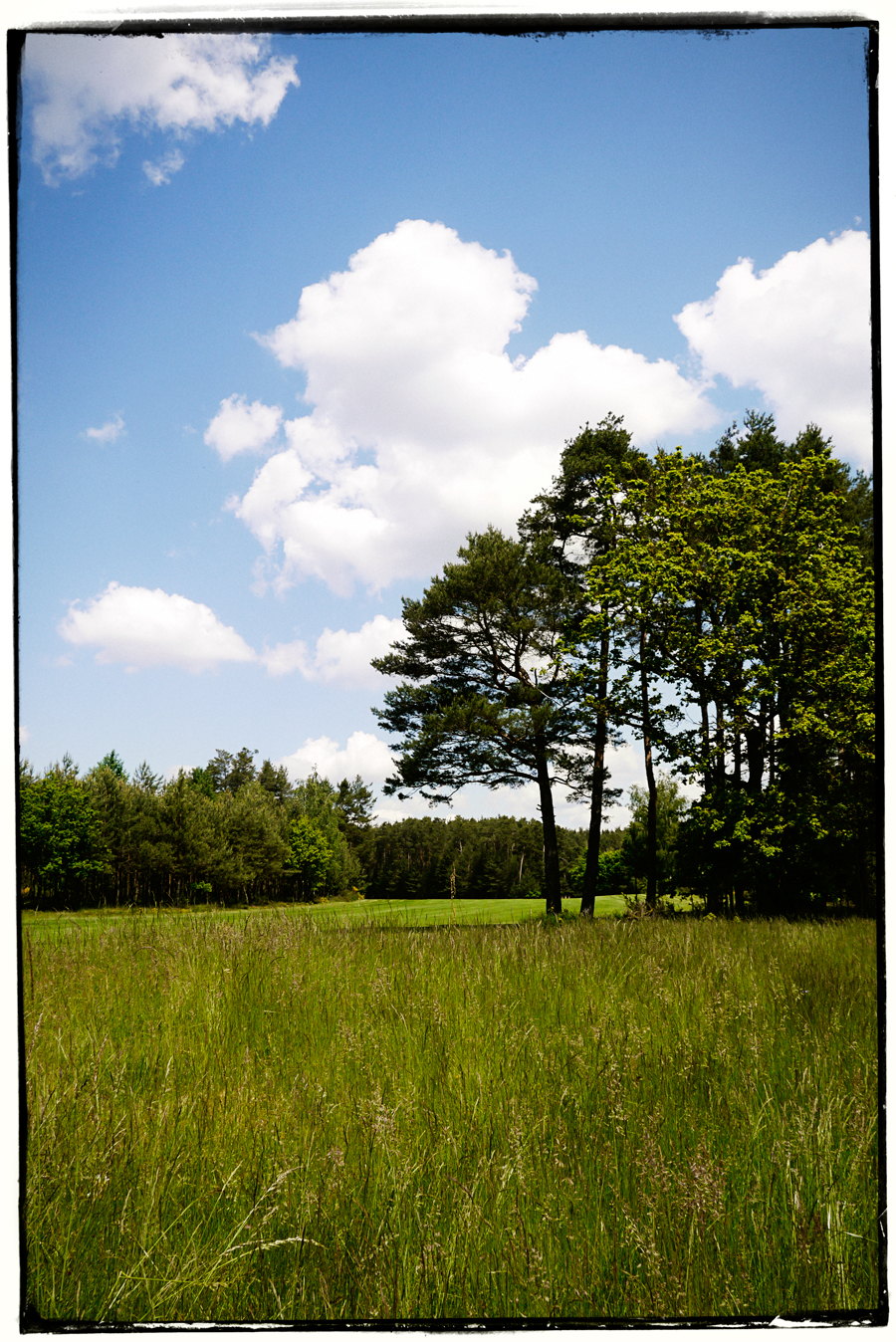 Anyway, it was still an amazing day for golf. So what I really find attractive about this course is the fact that GC Abenberg mainly goes through the woods. On the first two holes I really had trouble to organize my game, again crisscross golf. 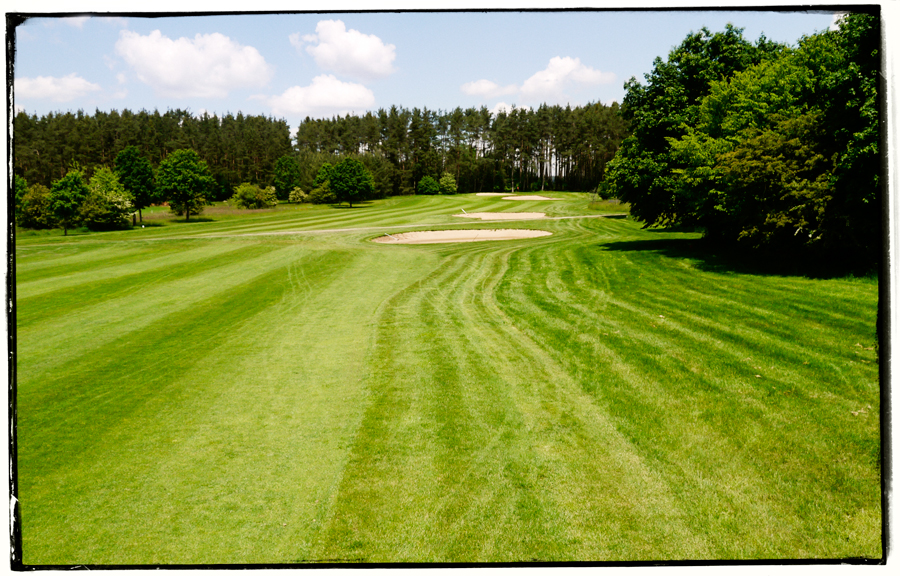 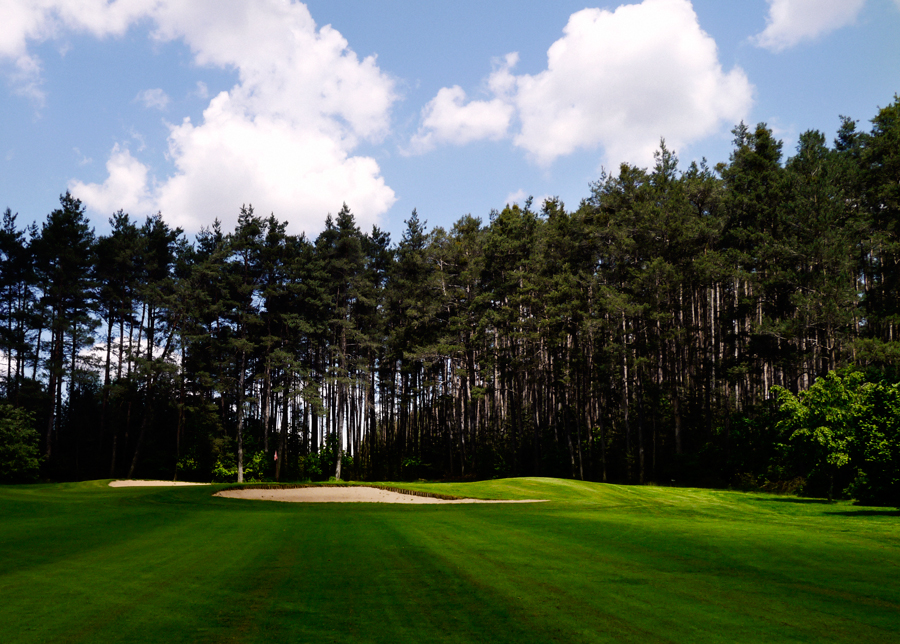 The first hole which I like to describe is the second on the C course. A par 4, 340m with to bunkers in the middle of the drivingzone. I used my 3 wood and took the bunkers out of play with a terrible hook. 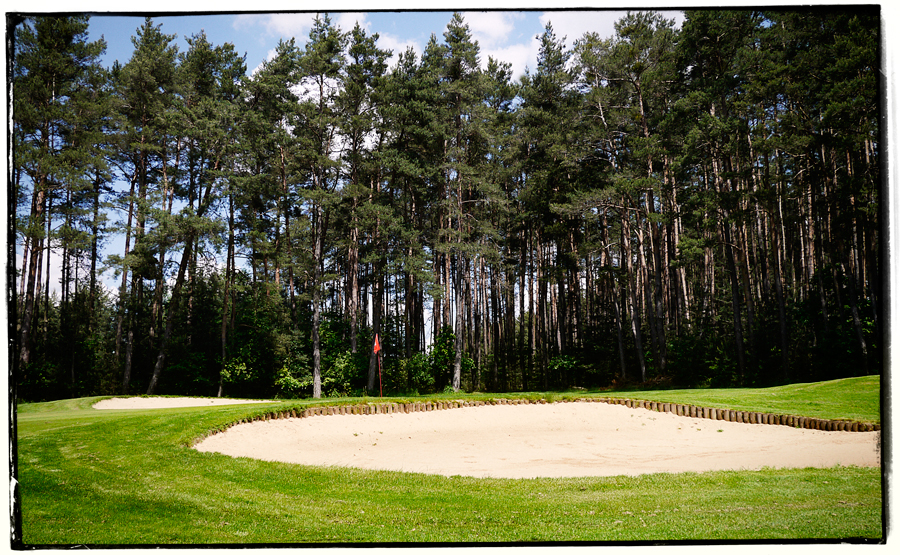 My second was out of the very thick rough but the result was still 110m to the pin. I hit a nice but to short gap wedge and found myself in the bunker. Back on the green and two putts for double trouble. 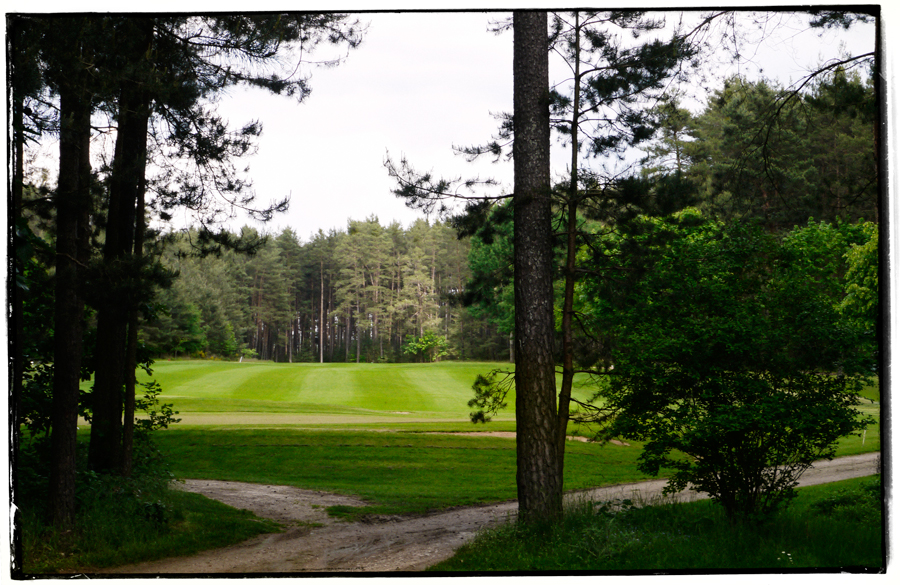 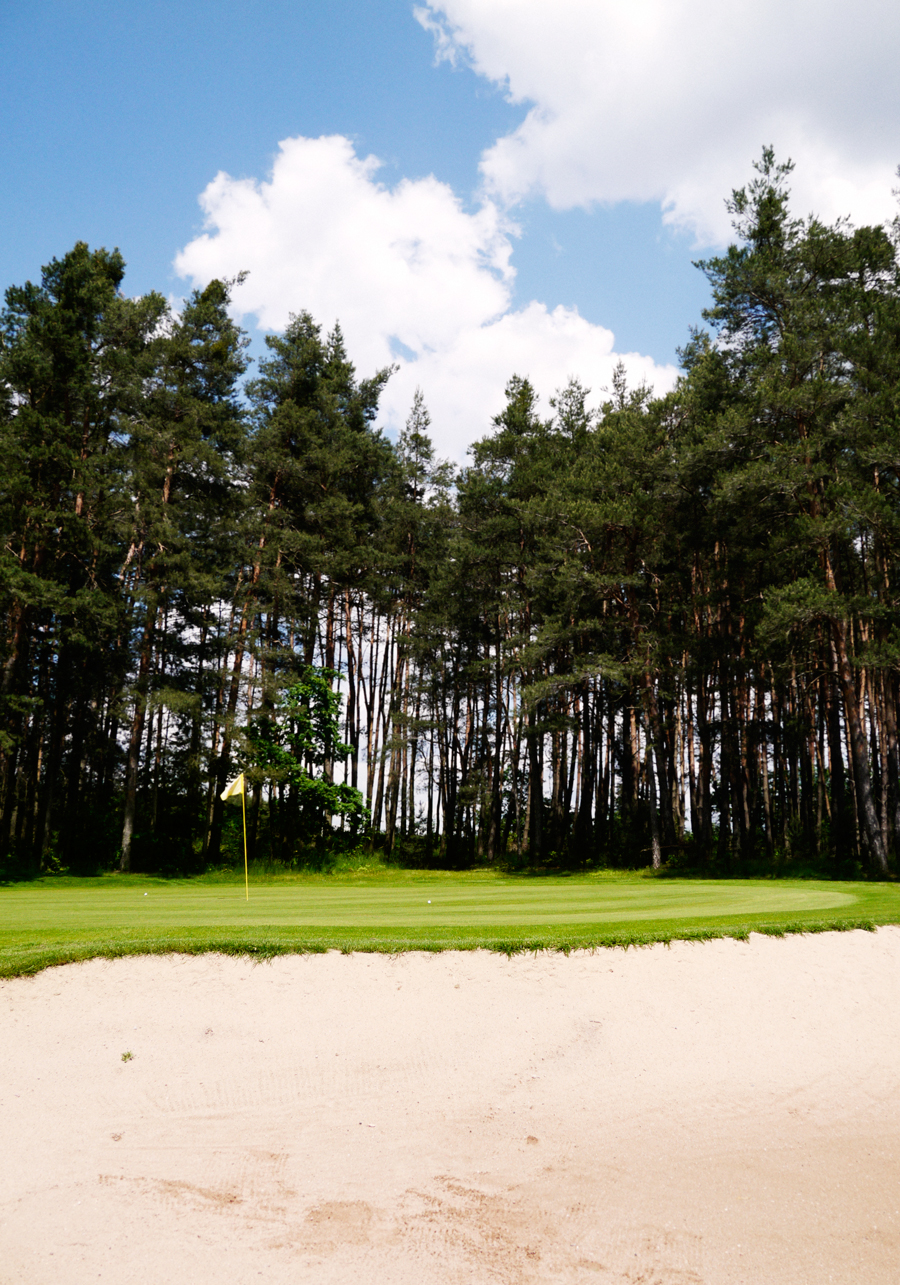 The C course is very nice, most of the holes are through the woods which I always find very appealing. 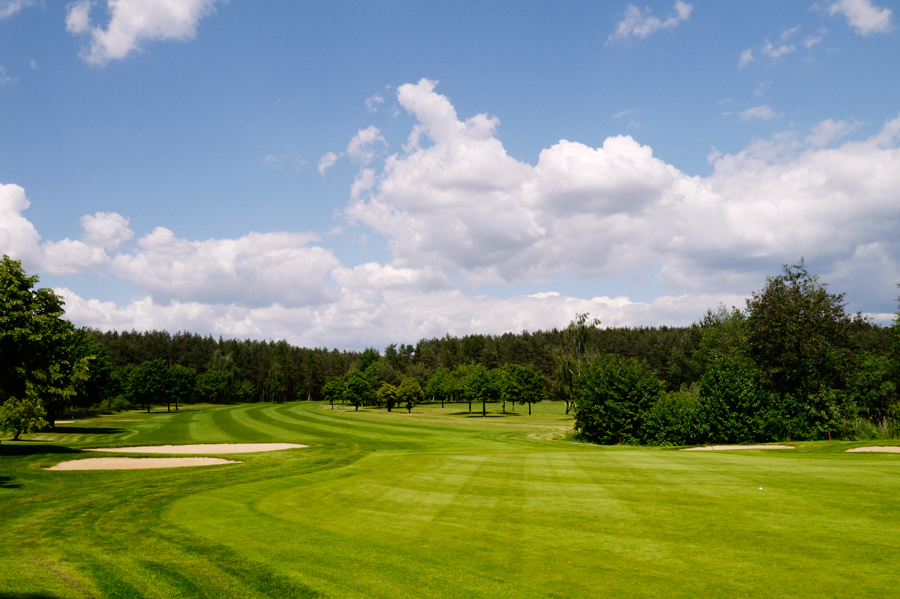 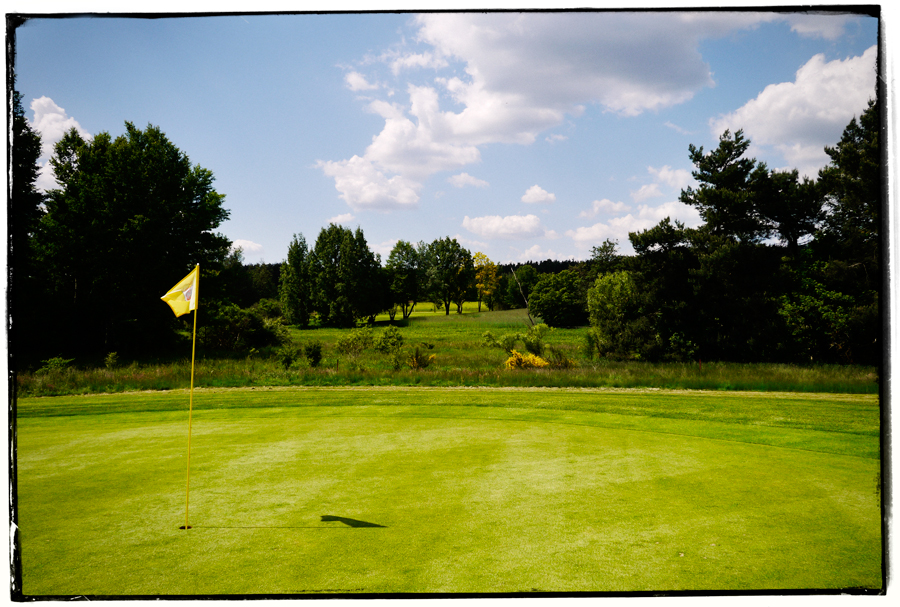 On the second nine, the A course, I started with a birdie, right at the flagstick. The A course is actually quite different to the B and C, not woods but water makes it very diversified. But still fun to play. 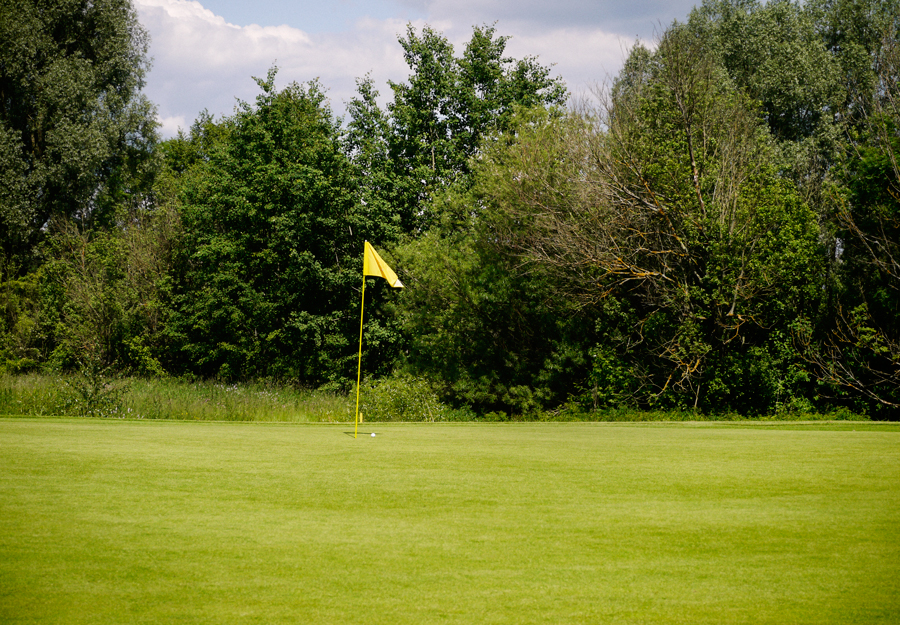 My goodsundays.com signature hole of GC Abendberg is the no.8 of the A course, a kind of dogleg, a par 5 with 502m from the yellow teebox. I played a nice drive but a little bit to much left so I had to play a difficult punch with an awkward stance back to the middle of the fairway. 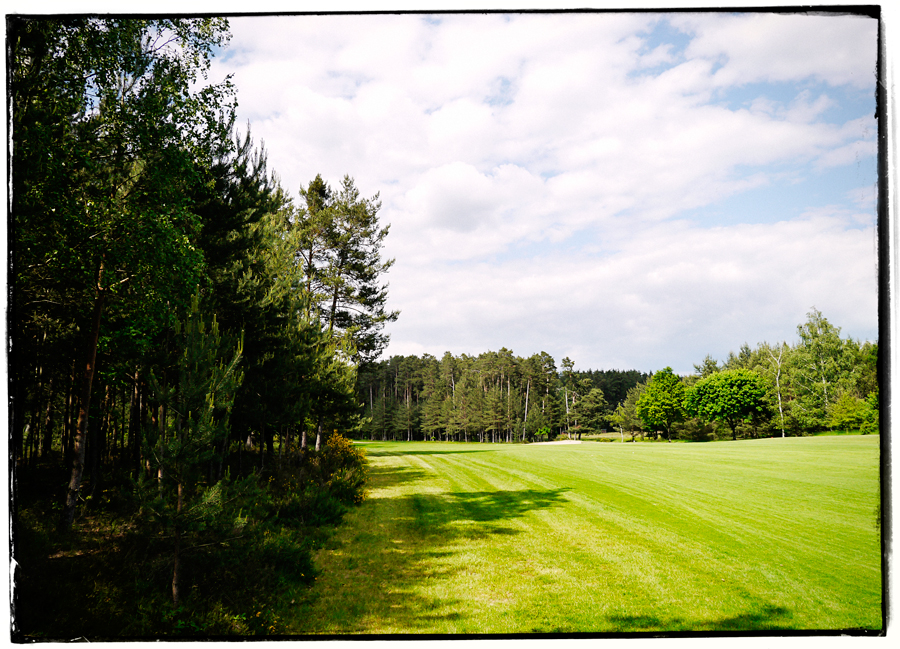 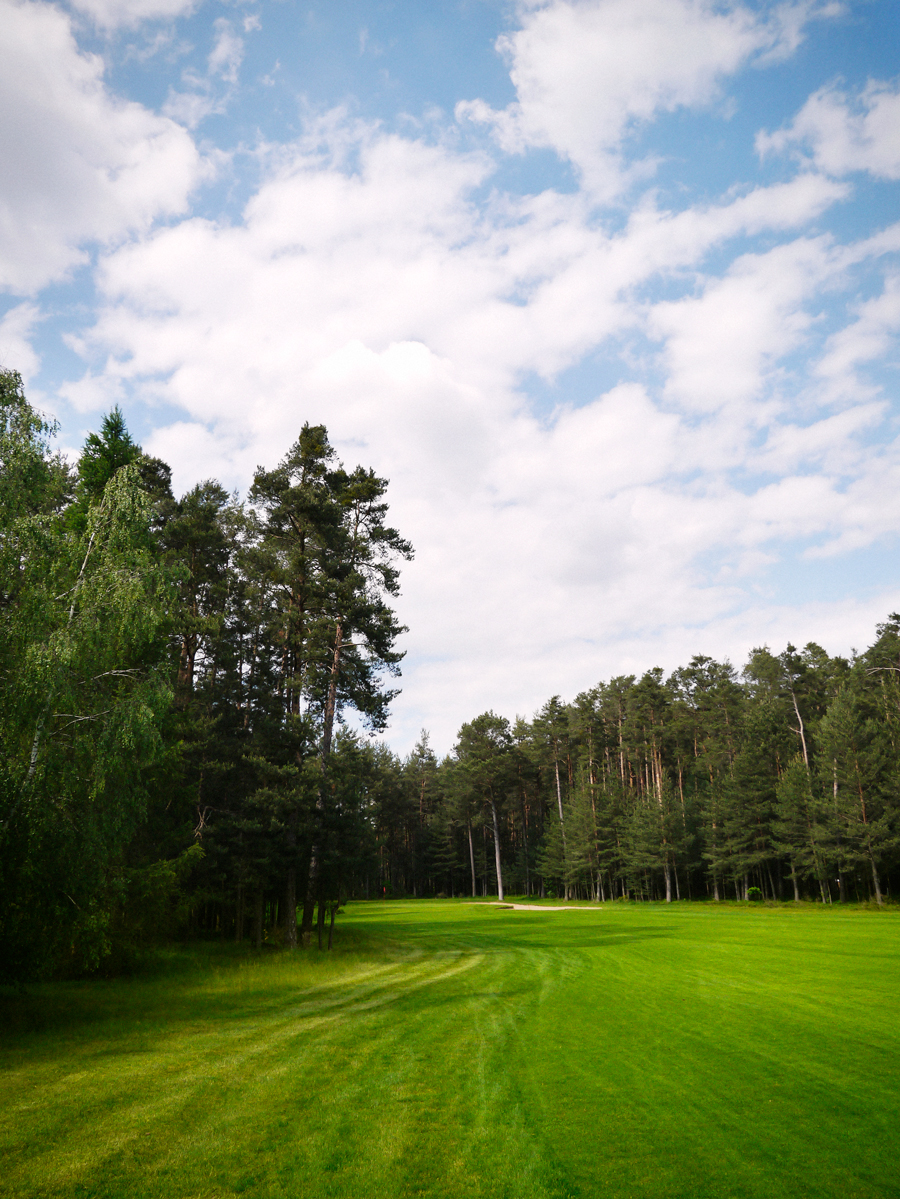 Arriving at my ball back on the fairway I was impressed by this pretty hole. With my third shot I tried to attack the green with a solid 5 iron which ended up in the bunker on the right. 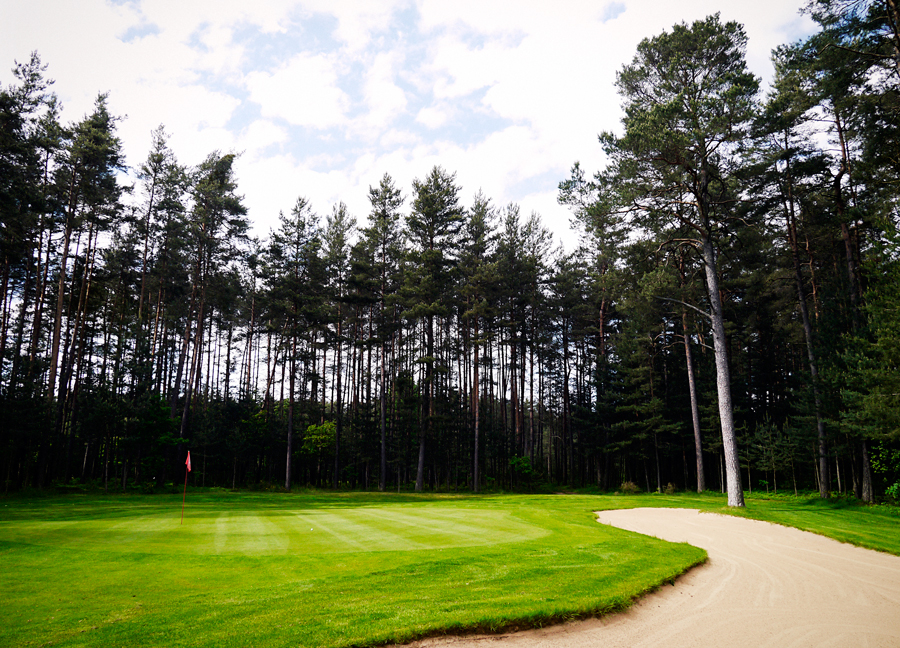 To sum it up GC Abenberg is a course for a nice round of golf. I Like.