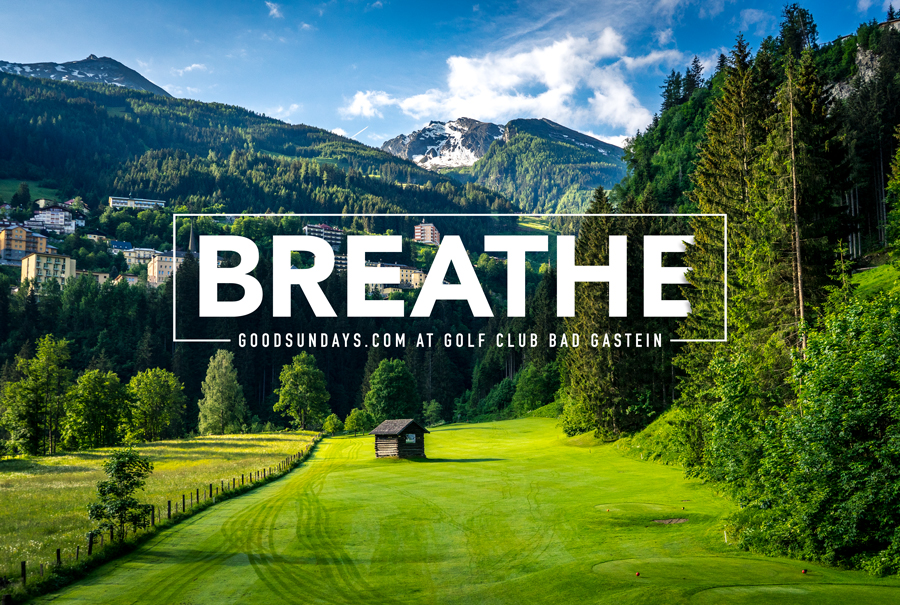 After a great time in Portugal the road led me to a region that wouldn‘t directly cross your mind when thinking about golf. Bad Gastein is a place well known for its winter sports culture, but few people know that here you can also play some amazing golf in a breathtaking setting in the middle of the alps. The Bad Gastein Golf Club is one of the oldest clubs in Austria and in every sense a true hidden gem. 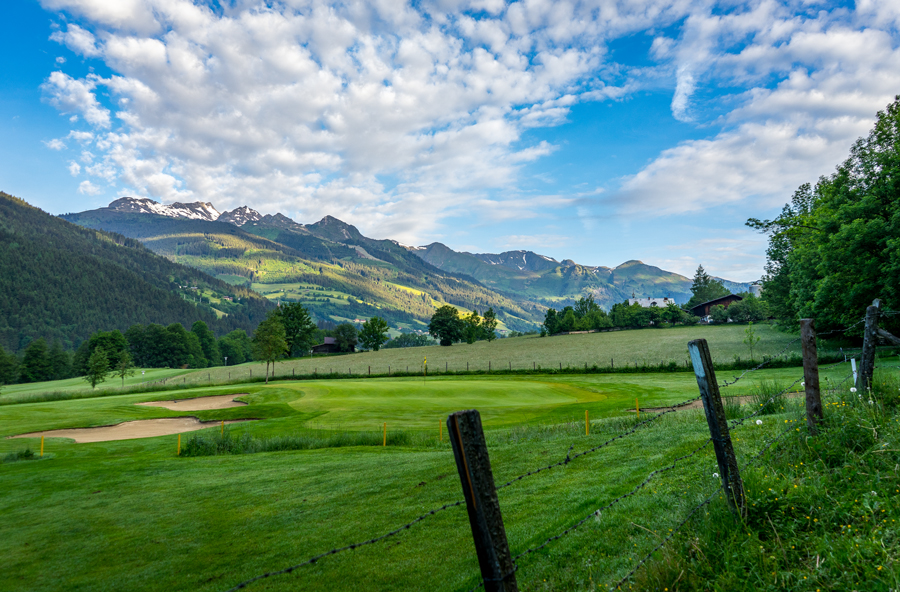 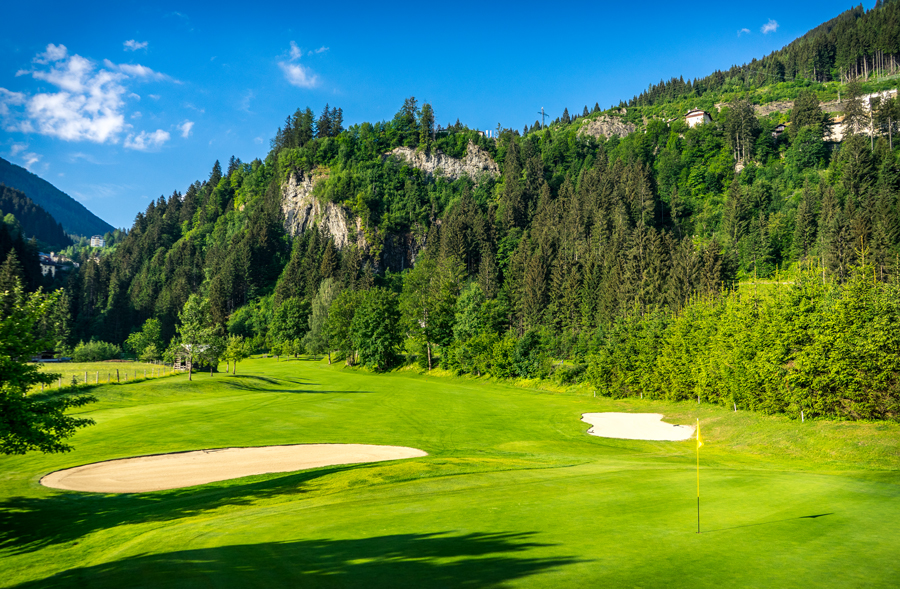 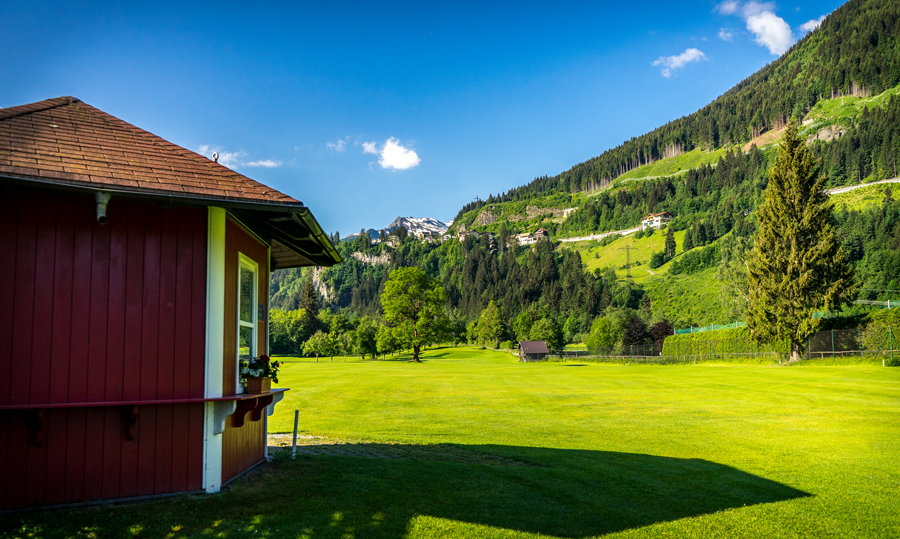 The first nine holes, that were built in the year 1960 pour out the good old time’s charm beginning with the starter‘s house already. Somehow it felt like the DeLorean had blasted me to the classy sixties, when the town of Bad Gastein first prospered. About 40 years later the second nine were built, making their way in a variable and rather ambitious style towards the exit of the Bad Gastein valley. What’s funny is that today the older nine holes are the back nine, so exactly opposite of what you‘d expect. Meaning that these days starting from No.1 (the new nine holes) involves a 2-minute walk from the clubhouse to get there. 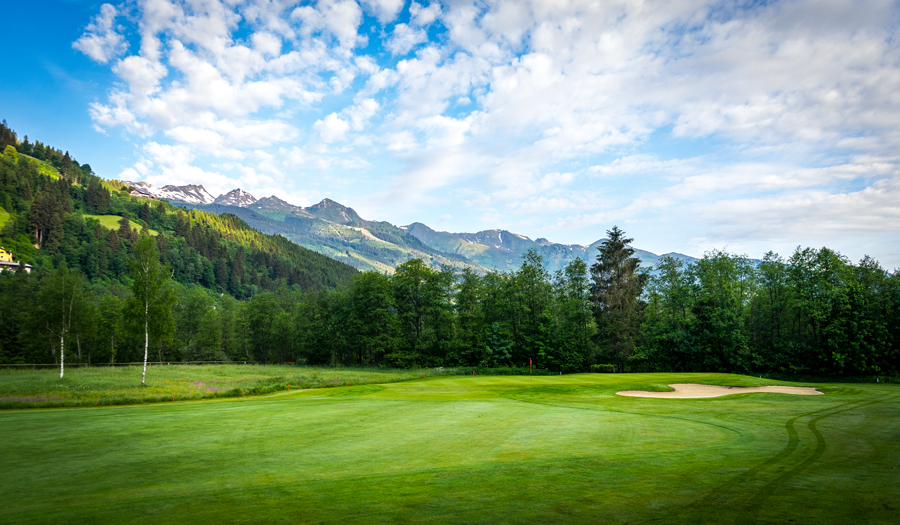 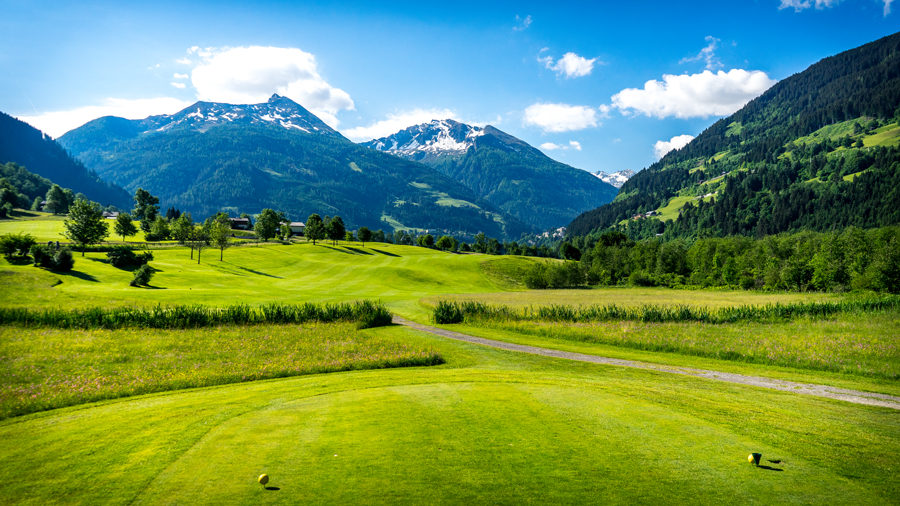 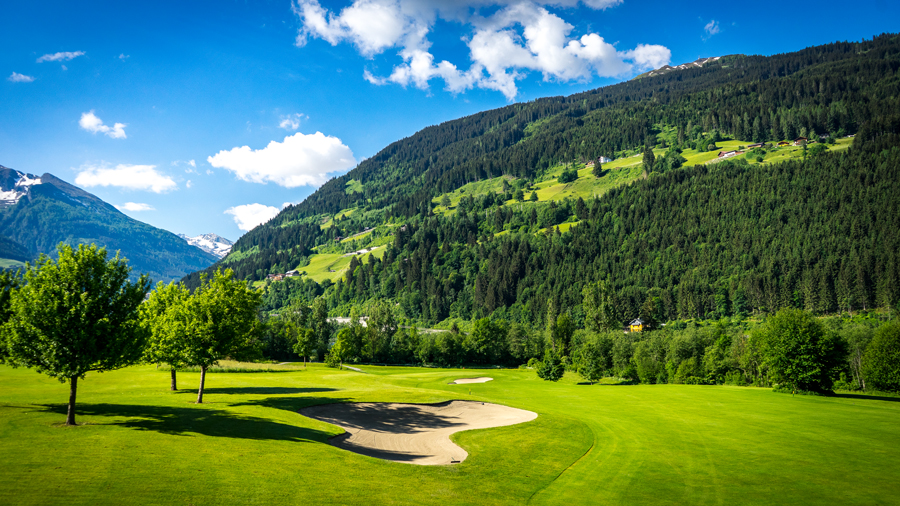 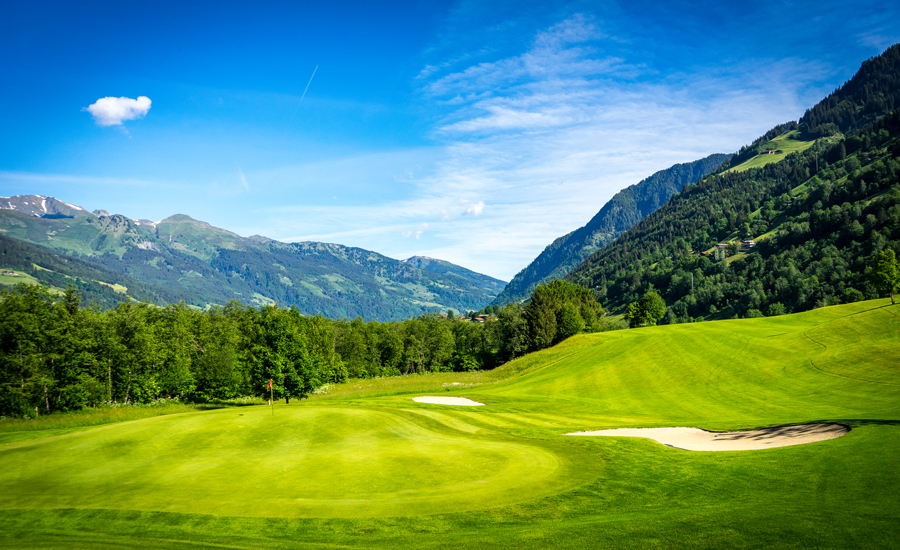 You should definitely focus right from the beginning though, because whoever thinks, that he‘ll destroy this rather short course, is probably very very wrong. The Bad Gastein course might be only 5576 meters long, but still is a tricky Par71 and won‘t let you get away with much. The first nine holes are relatively long and its three Par5s are definitely something special. The first hole to really catch my attention was the short Par4 2nd. Only 261 meters, but a true beauty with a perfect view of the „Hohe Tauern“ national park. 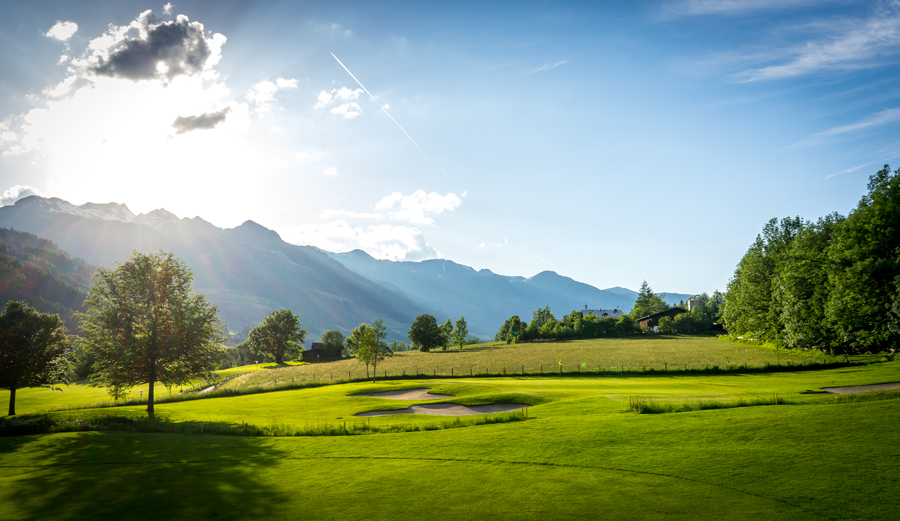 The course‘s teeth start coming out on No. 3, one of the Par5s. You‘ll need to figure out, where in the split fairway you want to put your teeshot, because without a game plan, you‘ll be carding one of those nasty bogeys or worse in no time. I had to. The greens during the front nine are nice and big, but at the same time very wavey. You‘re basically kind of distracted from your game all the time by the impressing mountain range and the picturesque town. In a good way, that is, because everywhere you can feel the ealing effect of this place which rightfully gives it its name „Bad“ Gastein. „Bad“ in German speaking regions means that a town is known for it‘s healing waters and therefore spa culture. 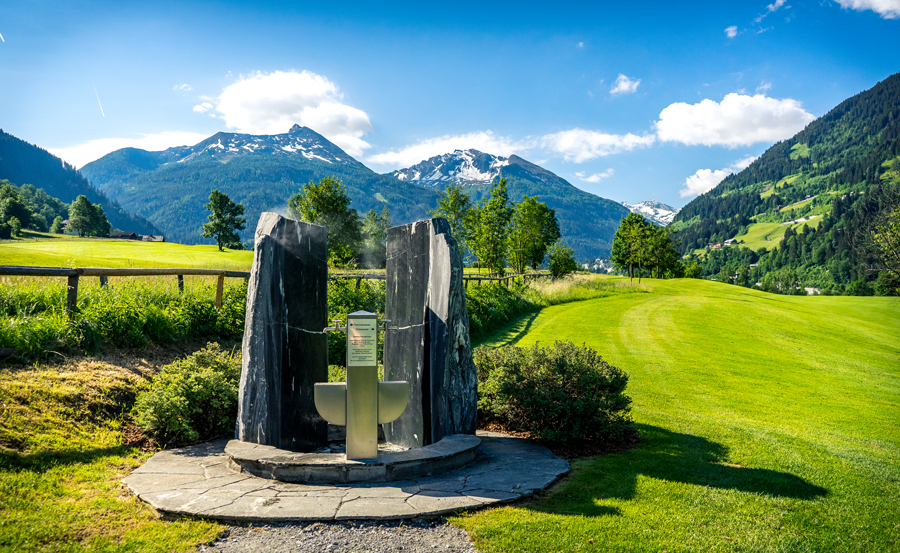 All over the place many beautifully designed fountains dispense exactly this kind of water, so you can always quench your thirst when needed. Especially cool was hole No. 5 at 327 meters downhill from the yellow tees. FULL BLOODY DRIVER or center of the fairway?! Being the sissy that I am, I choose my driving iron, since there is a little ditch crossing the fairway righ in front of the green. No. 8 should definitely be talked about aswell. 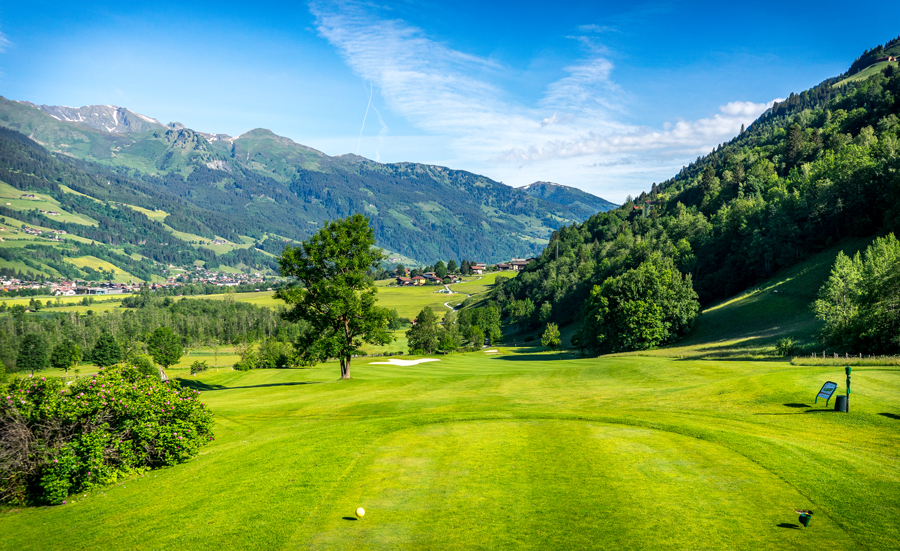 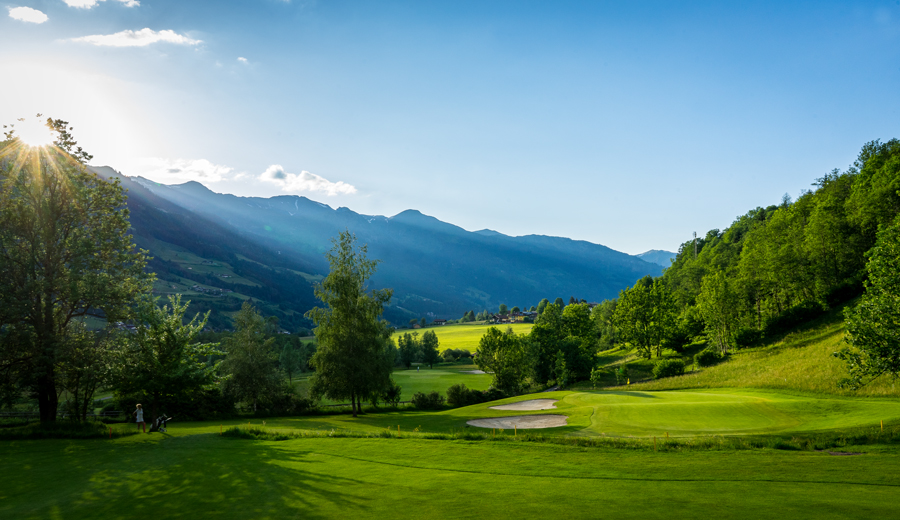 This Par5 is the most difficult hole of the Bad Gastein course and truly a sexy beast. Double bogey for me please! Alright, so the back nine will definitly make you feel like it‘s the summer of ‘69. 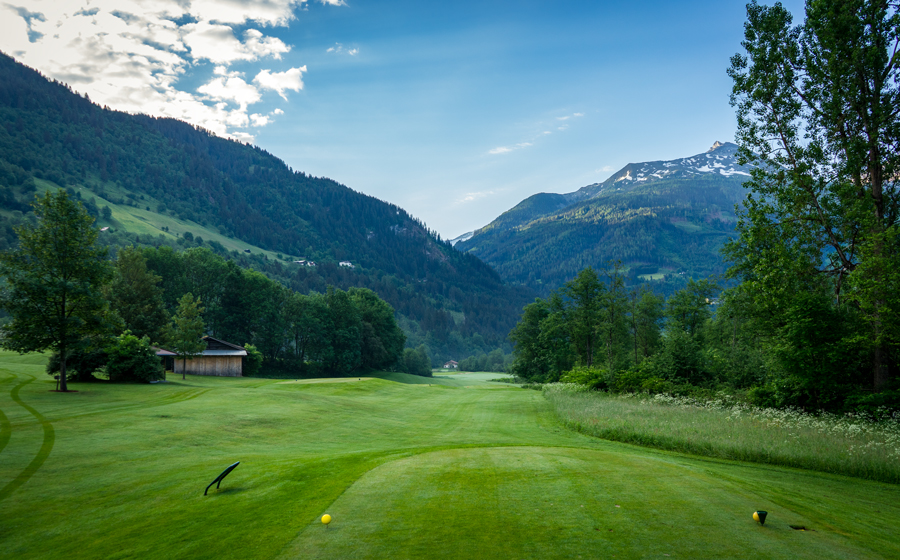 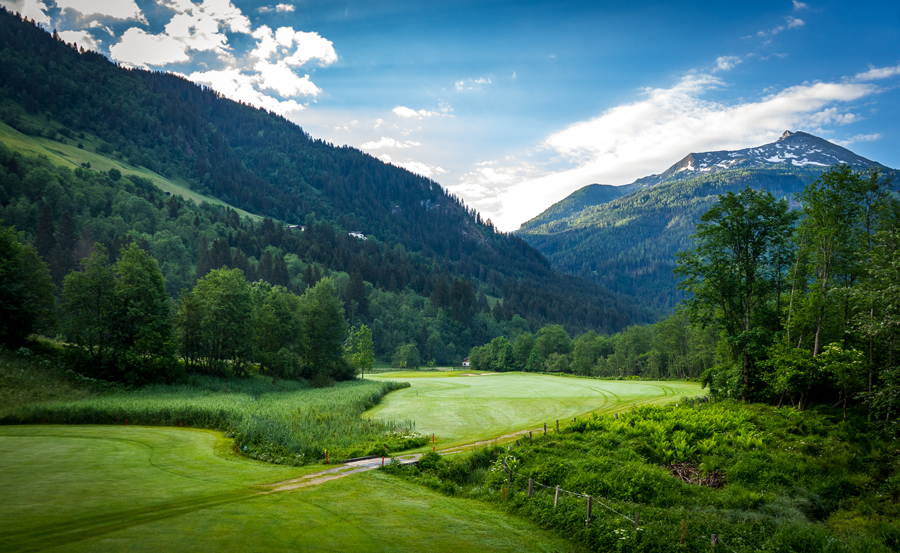 The layout changes drastically with big old school bunkers and tiny greens from the good old days. One of the visually most impressing holes on the back nine is the 13th. This lofty tee box probably offers the most idyllic view. Golf wise she‘s a mean bitch though! After knocking your drive well over the centrally positioned old barn building, you just can‘t be anything but on point with your mid-iron, because of the little invisible ditch in front of the green and the well visible scrub behind it. 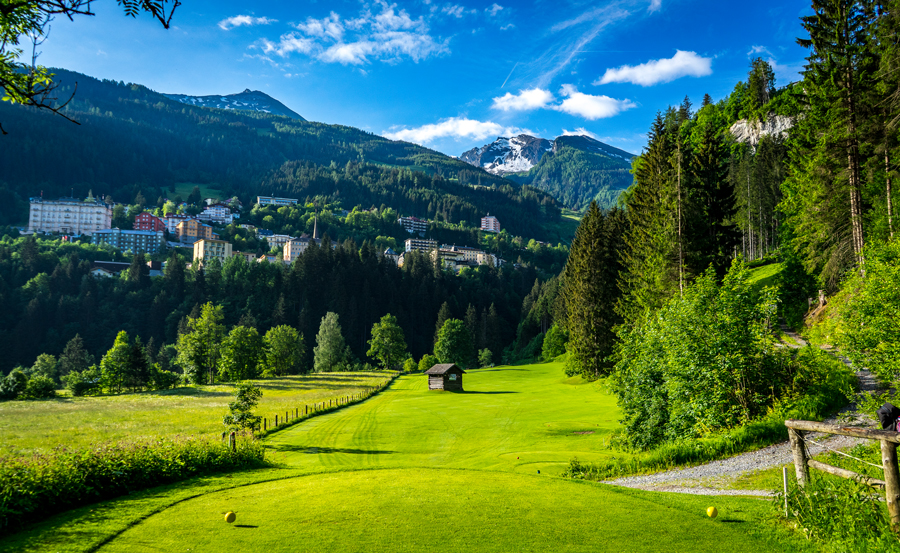 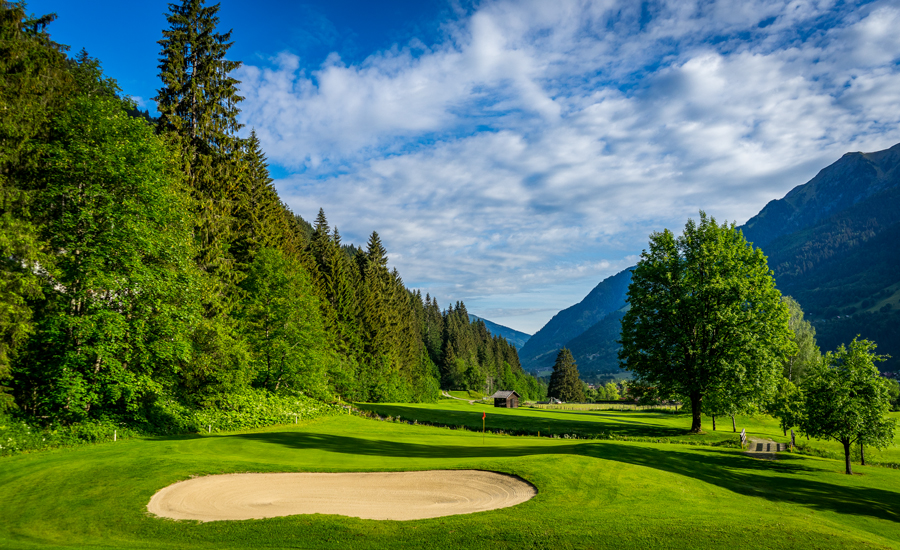 While the front nine resembles a sporty up and down, it’s definitely nostalgia time on the way back in. The nice old and querky layouts, like for example that of No. 15, a strong dogleg, will let you get away with alot, if you can hit it hard. As a shorty: Not so much!The giant bunker at the end of the fairway is really nice to look at, still better to be avoided by keeping your drive on the right side. 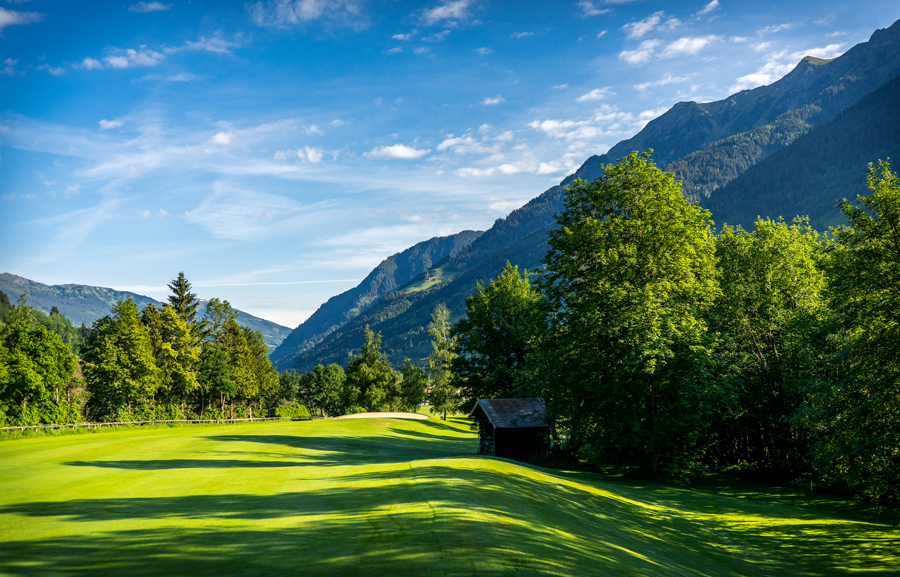 Overall the greens are super well maintained and good fun to put on! What’s also really nice is the genuine hospitality they maintain at the GC Bad Gastein. Super relaxed and really open for guests, is what it feels like around here. Seriously mark this one down for when you’re making your next golf travel plan. 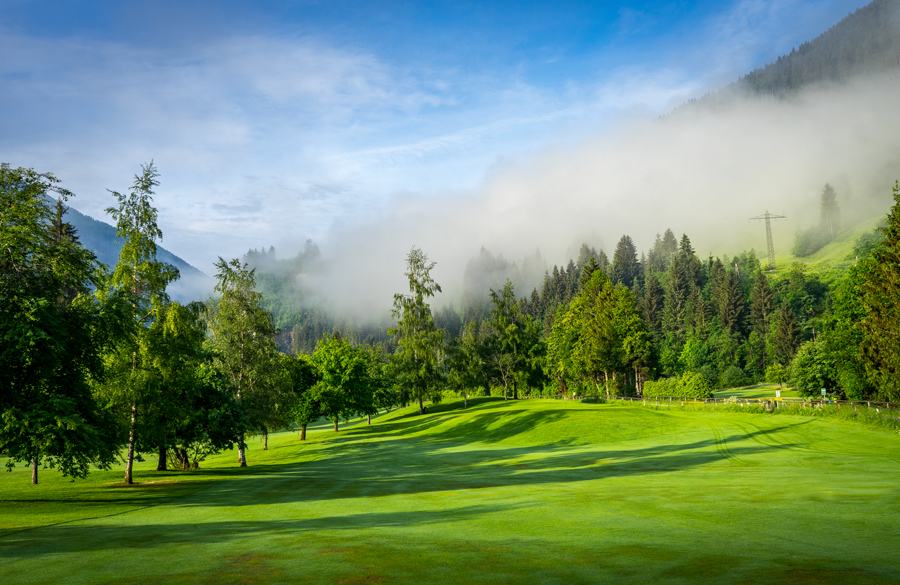 Bad Gastein and the whole region are more than worth of going there. Another little tip on the side: Directly next to the golf course you‘ll find the Cesta Grand Hotel, which is, trust me, a pure oasis of relaxation!