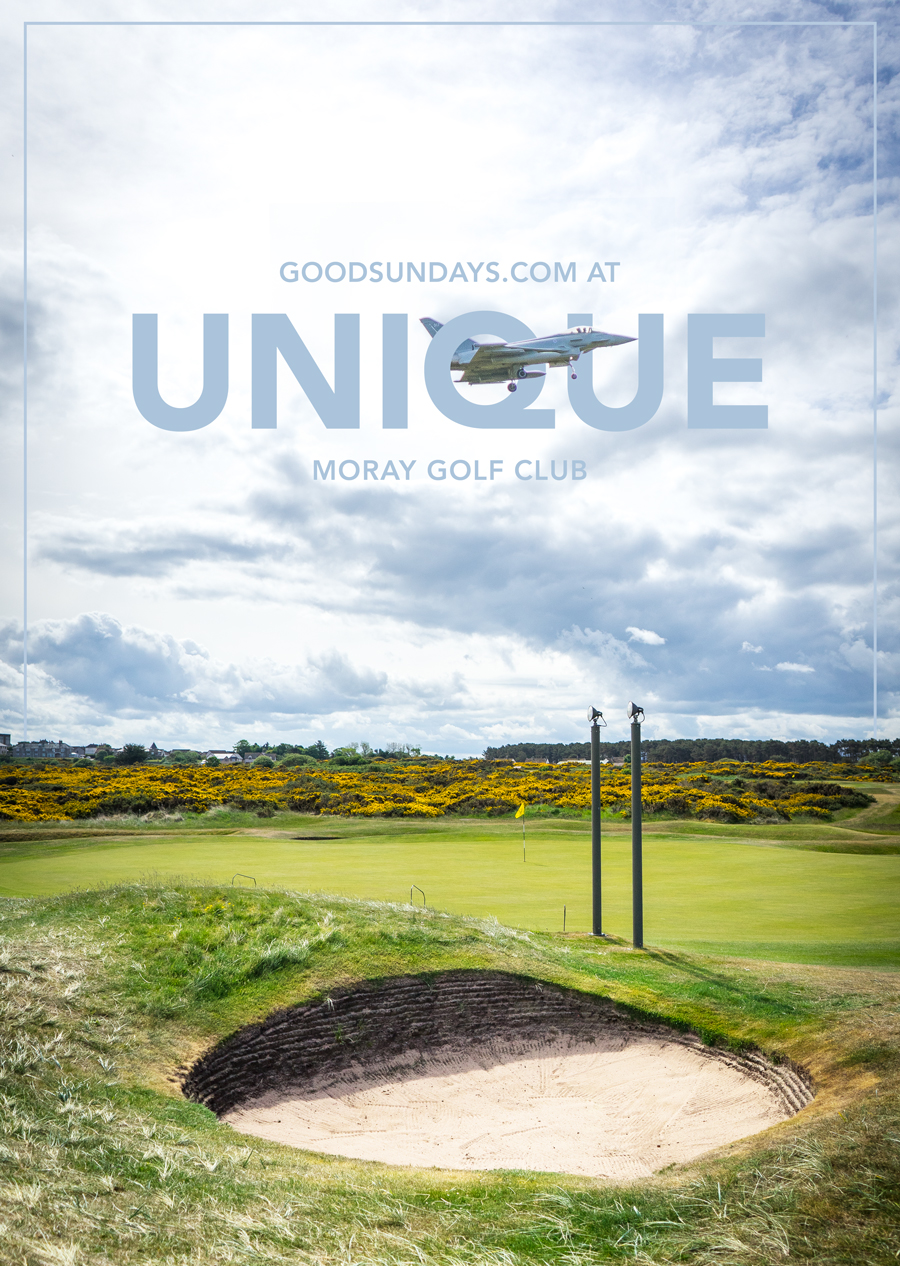 The last course I have played in overwhelming Scotland was another pure pearl. Moray Golf Club is also situated on the Moray Firth and is in my opinion one of the most extraordinary Links Courses in Scotland. If you feel that St. Andrews is to crowded and to much golf tourism, you really have to play the old course of Moray Golf Club. The finishing hole ends similar to St. Andrews, straight in the center of the town, with a green situated right in front of a great old historical club house. 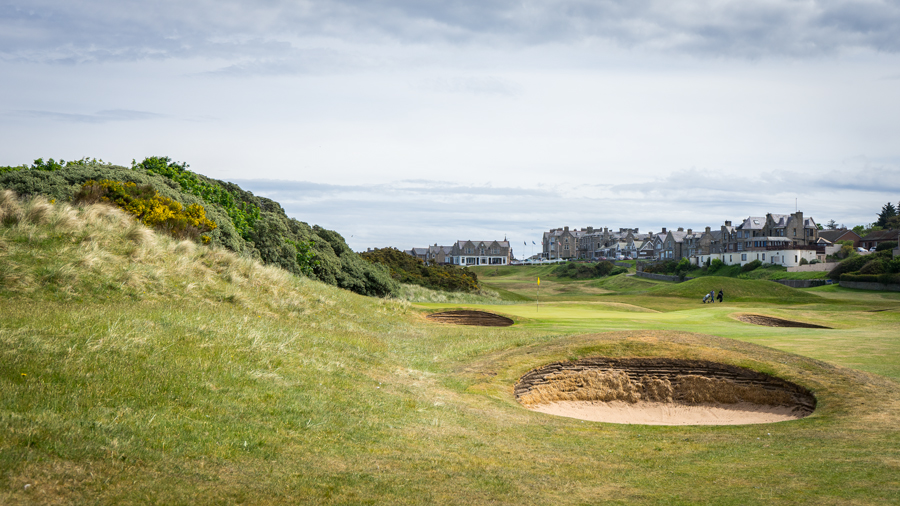 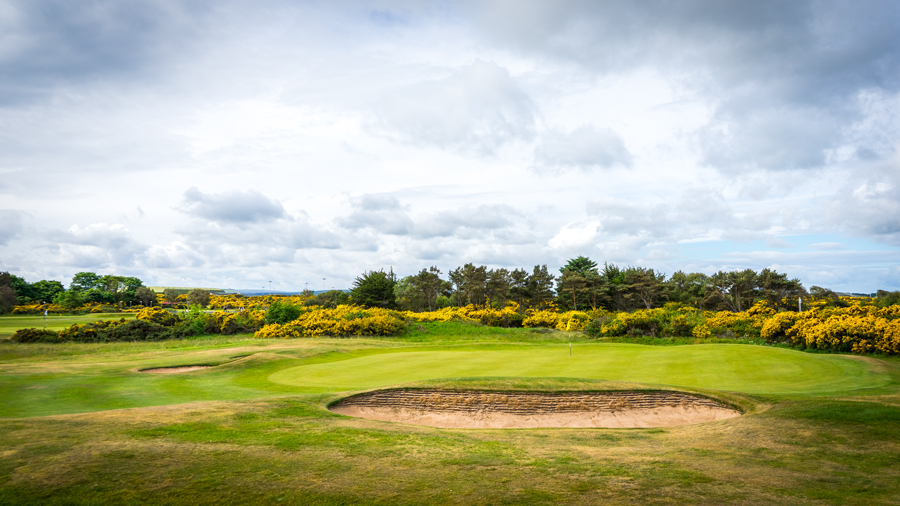 Don’t underestimate the old course of Moray Golf Club, this course is challenging. With its hard and typical but narrow fairways, even a well placed drive has a huge chance to bounce into the gorse or in one of the many well shaped, already for your ball waiting, pot bunkers. Beside that, there is a small river crossing the fairway on some holes. 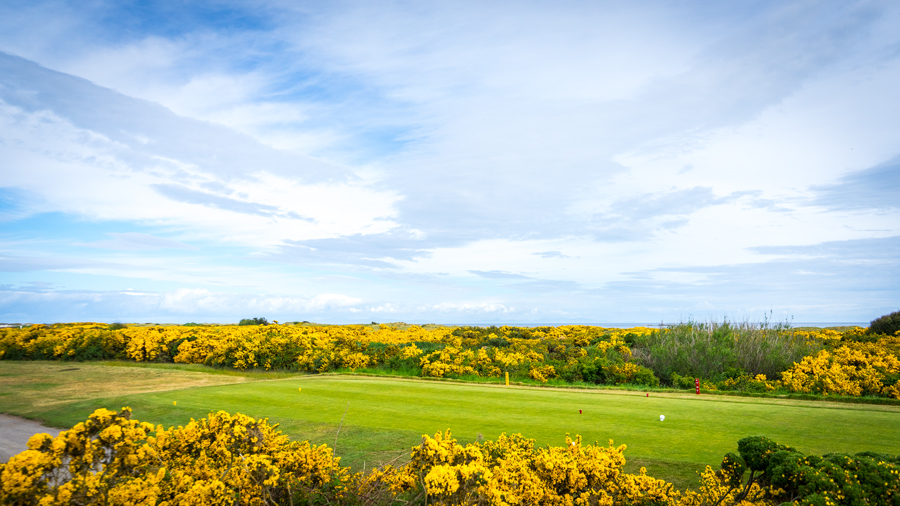 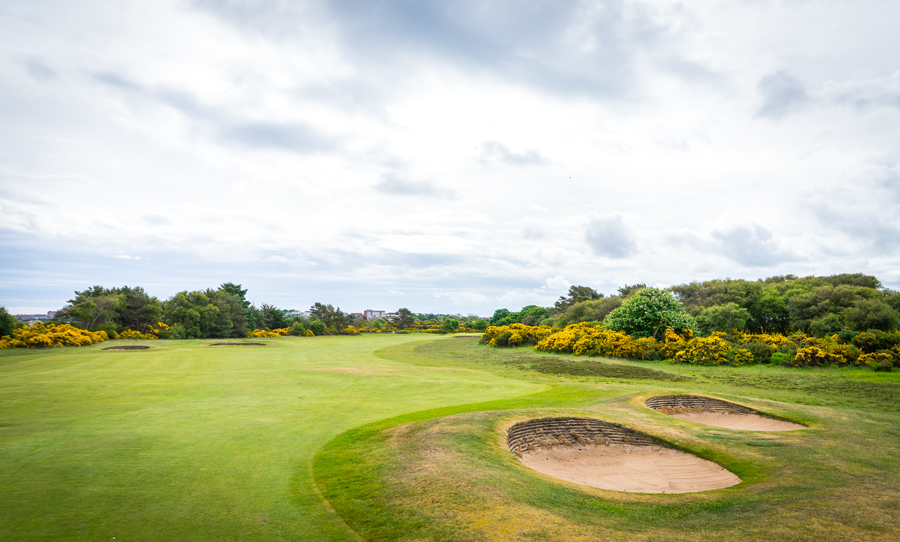 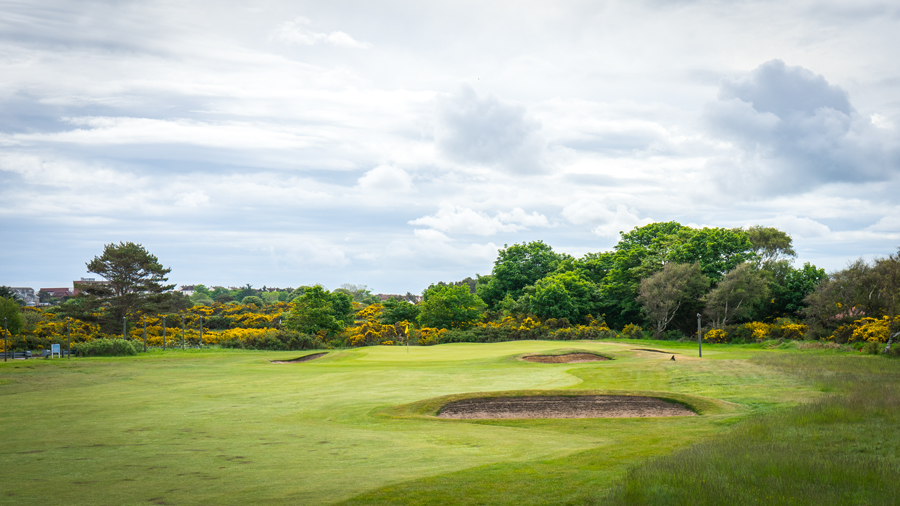 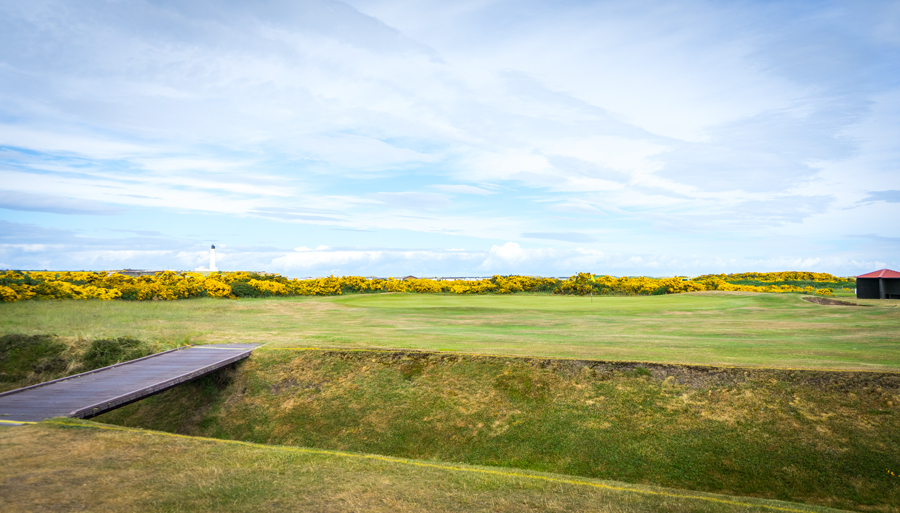 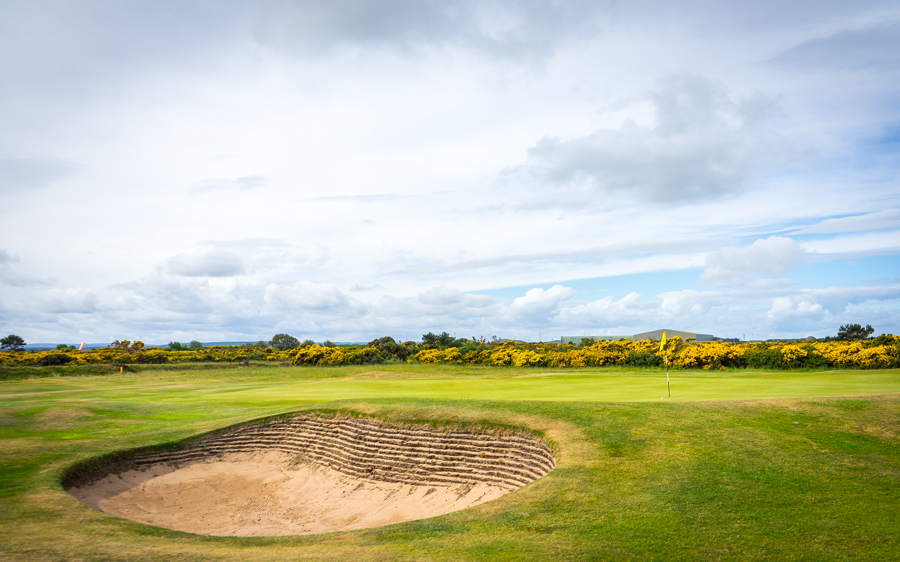 But the most special thing about this course is the RAF base which is situated just next to the course. The base is even so close, that the approach path is already located on the course which means, that markings for the runway are placed all over on the course. 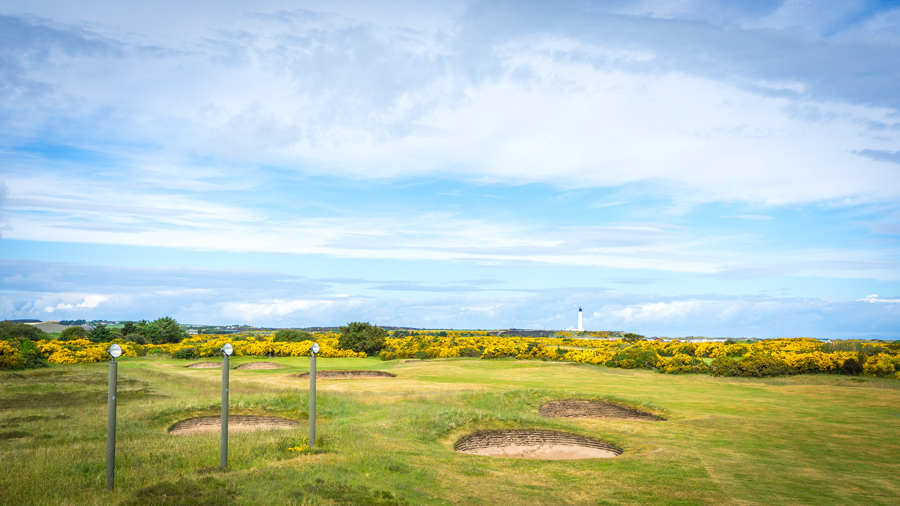 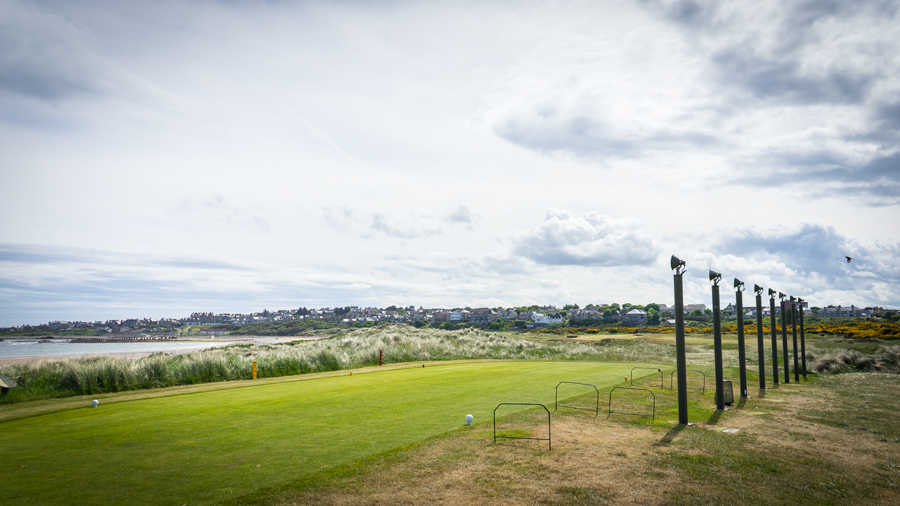 It was an amazing feeling to watch this breathtaking true birdies with all their power and noise. During my round at Moray Golf Club there were two jets practicing some spectacular start and landing manoeuvers and flew several times as low as around 80m above me. This was very impressing and special to see and hear. 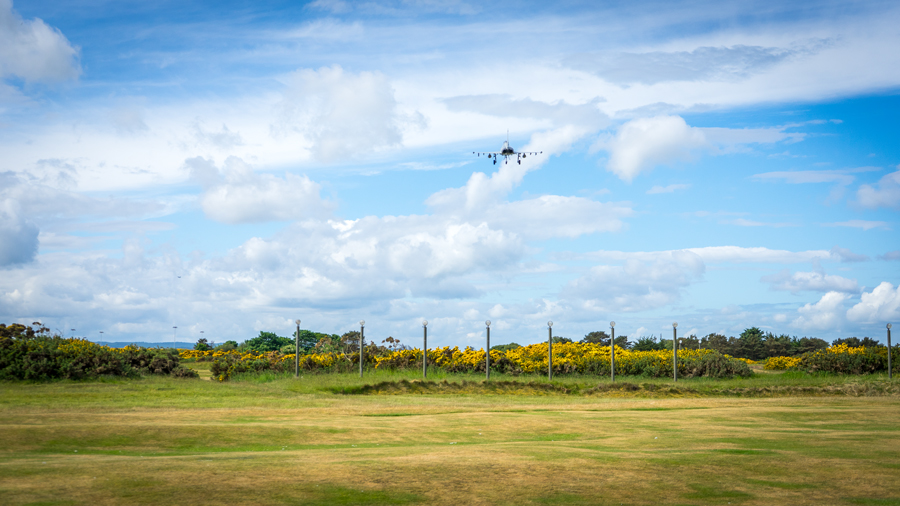 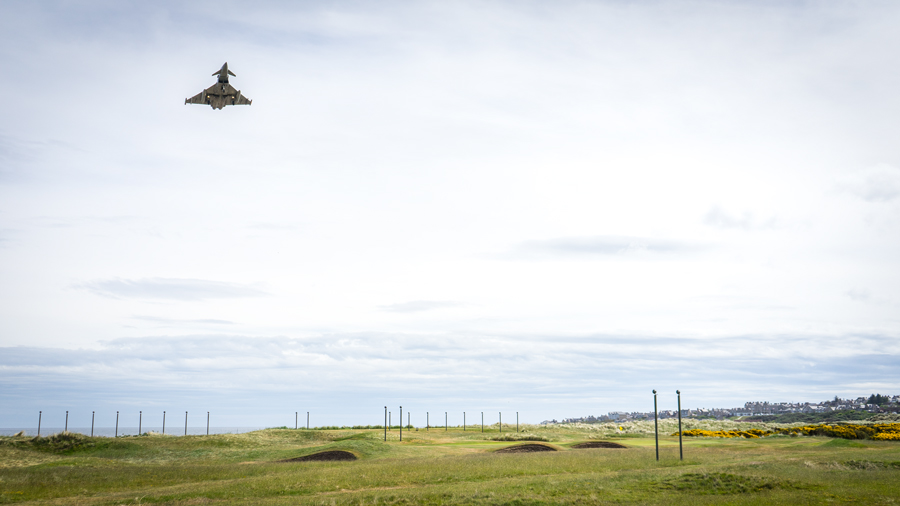 Unfortunately it was not my best day to play this perfect maintained gem with its smooth, fast and firm greens in top conditions. It really took me some holes to get a clue of how to play Old Moray Golf Club with its undulating gorse lined fairways and my current scattering driving skills. My solution was, to leave the driver in the bag and to play my woods and irons instead. 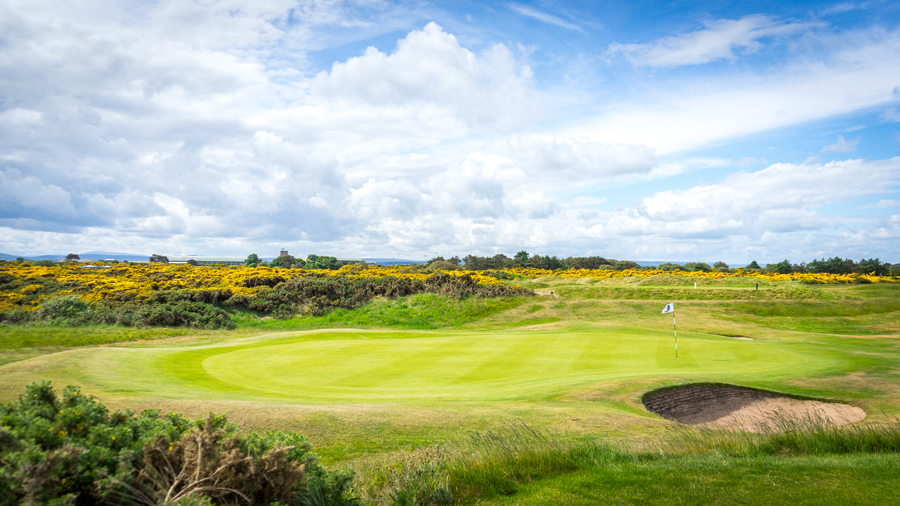 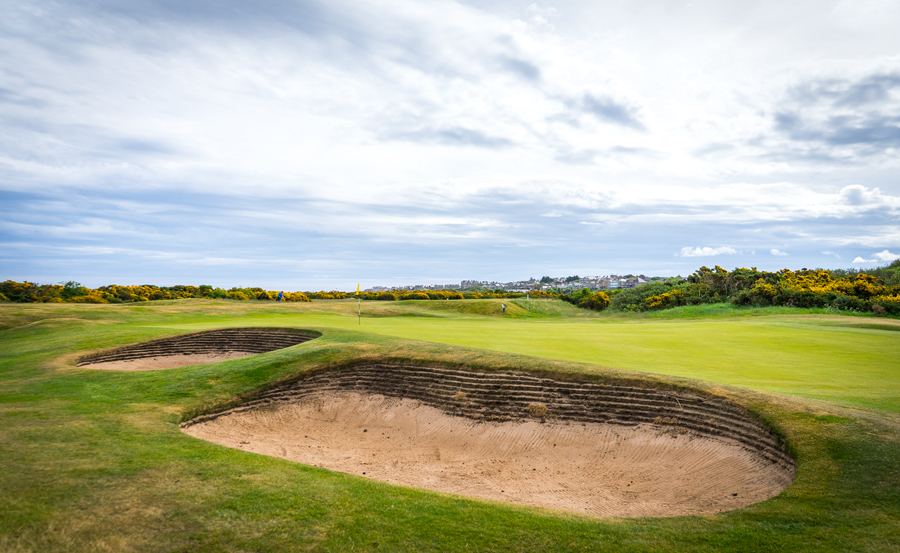 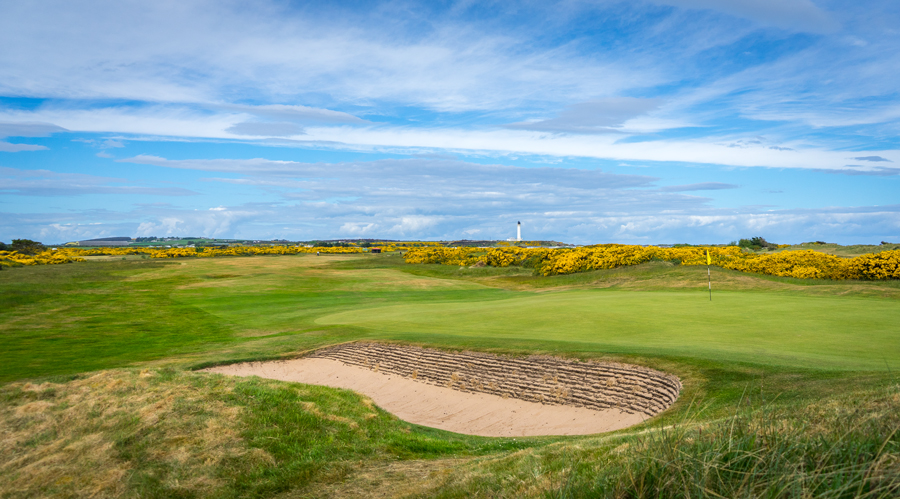 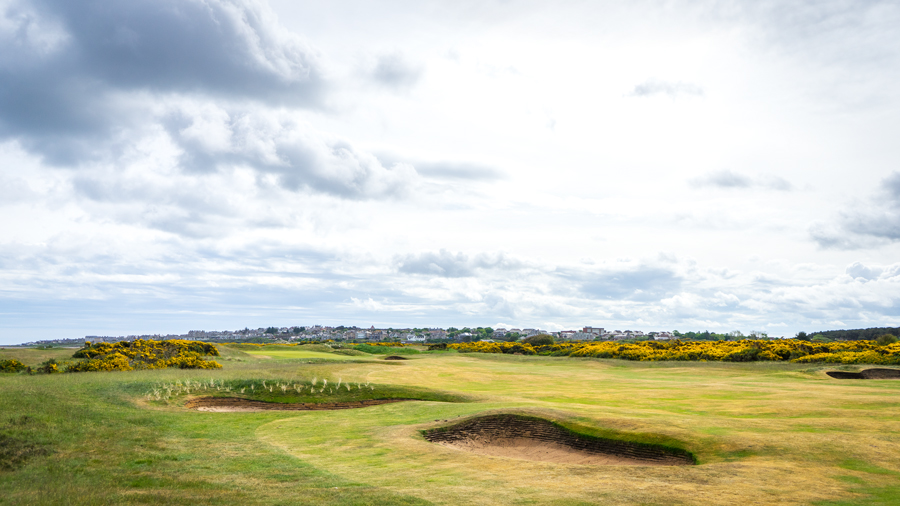 One of my favorite holes on the front nine was already No. 2, a long par 5 which is sharing its tee box with No. 18. Please just hit it straight, on the right side there is the gorse and on the left side “out of bounds” and the town of Lossiemouth. 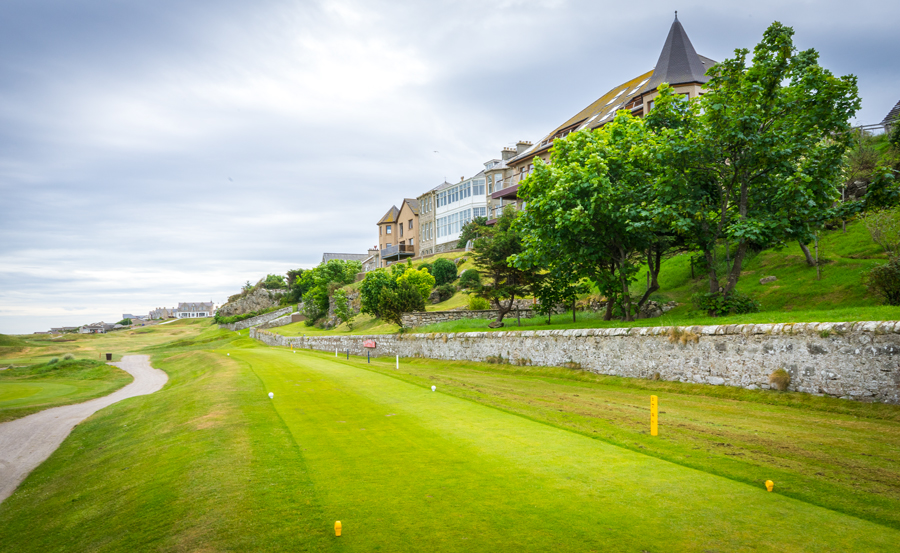 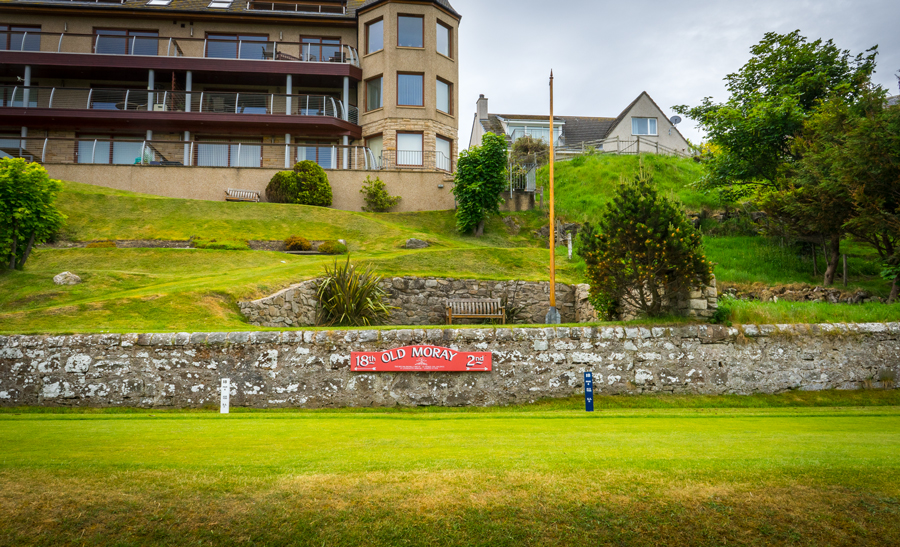 My third shot just landed in front of the green which is placed in a kind of valley. With the flagstick placed short on the front part of the green, I had no chance to hit it close to the pin. Somehow I created one of those great chip shots and hit the flagstick. I was really happy that nobody saw me. Two putts, still for bogey. 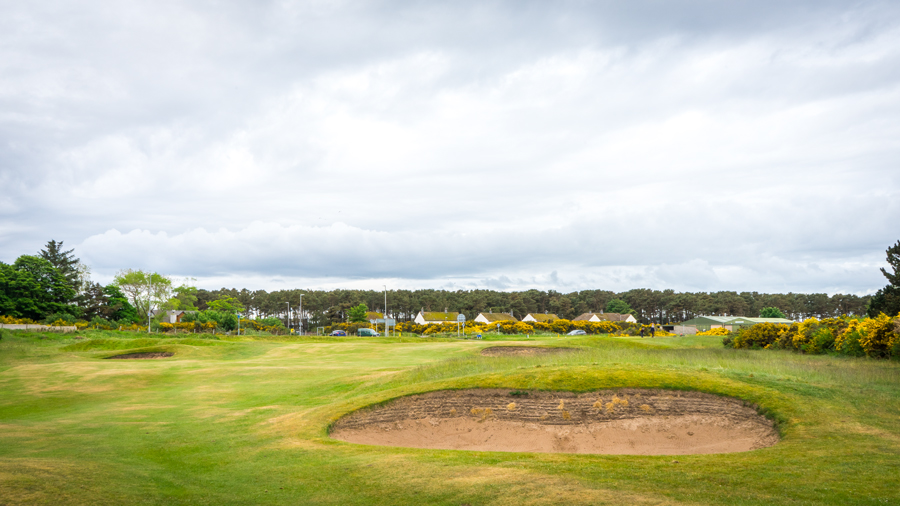 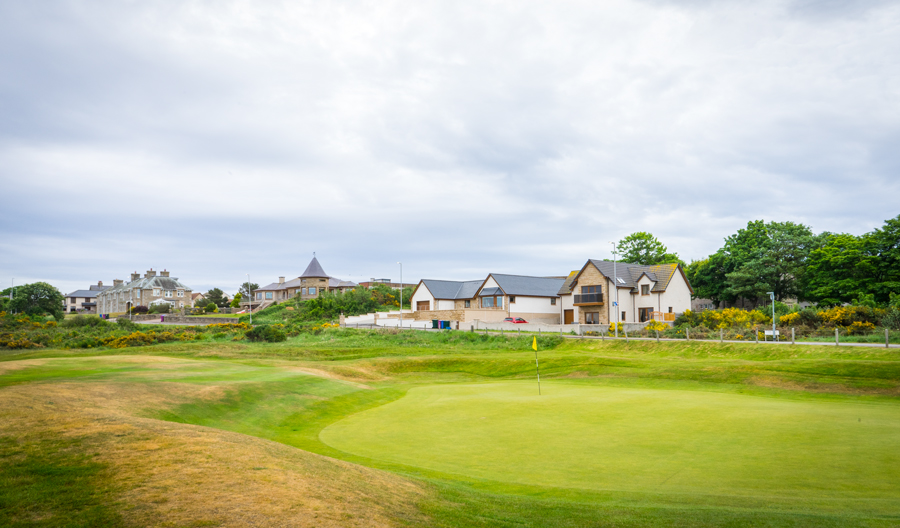 The next interesting hole was No. 6 a short par 3 with just 121 yards from the yellow tees. Special, because it´s just next to the fence of the RAF base. What a crazy moment, hitting a tee shot while one of the jets flew over me. 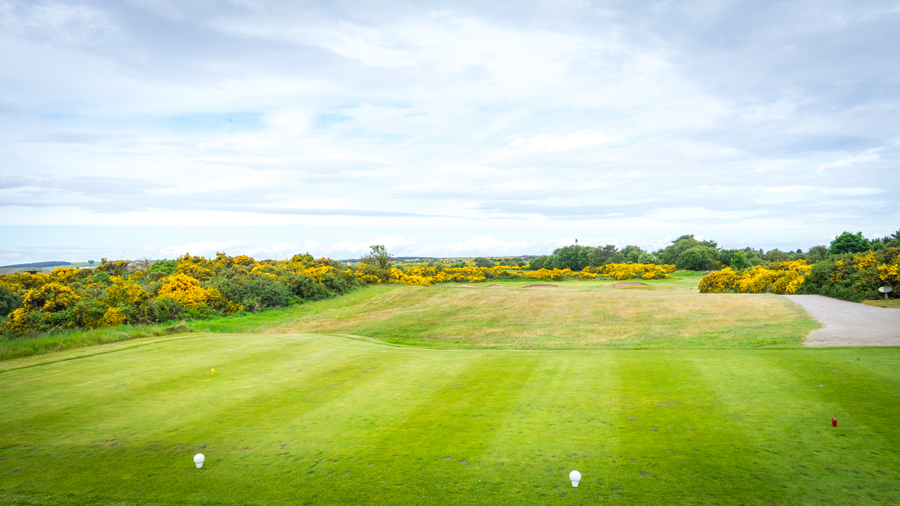 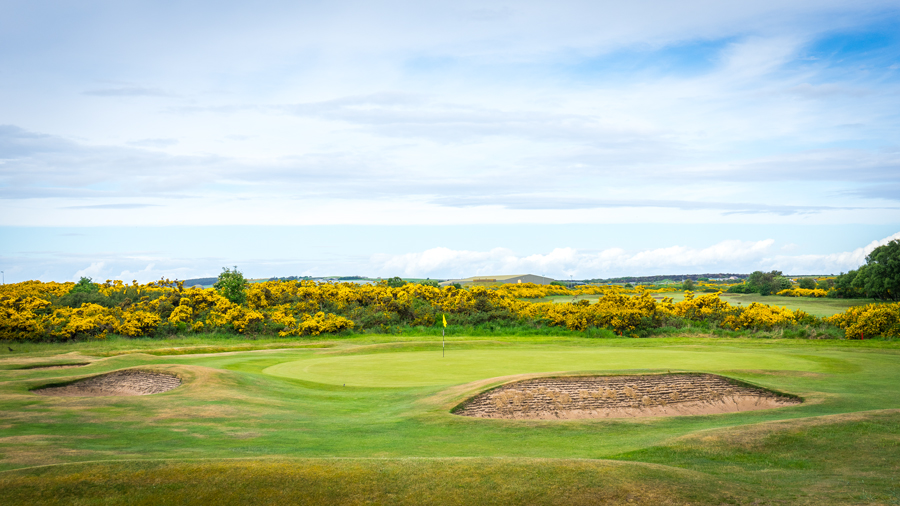 Once you know how to play Old Moray Golf Club it´s pure pleasure and a huge recommendation. No. 18 is a great final hole. The tee boxes shared with No. 2 again, the town of Lossiemouth on the right side this time and a huge undulated bouncy fairway in front. 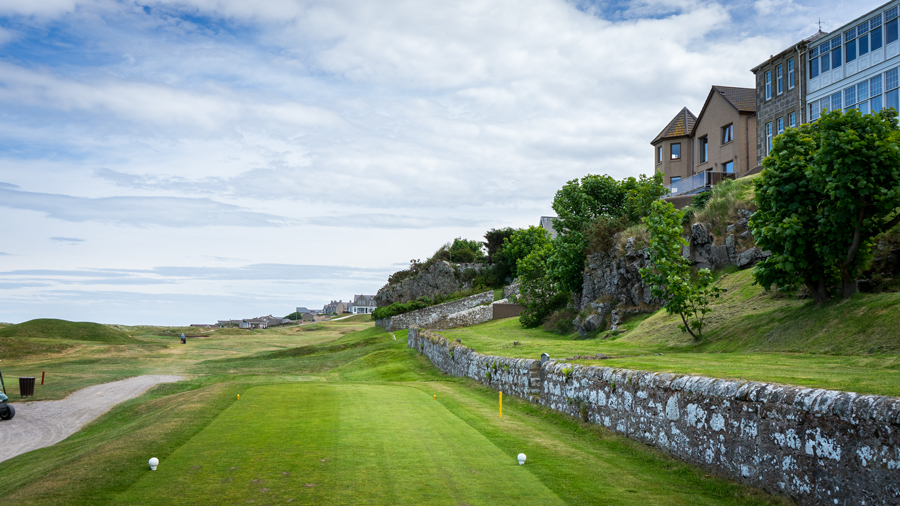 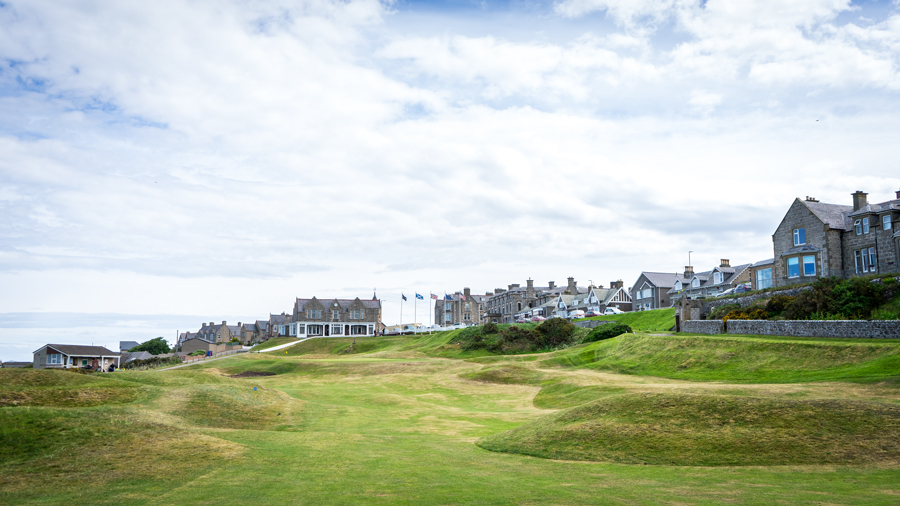 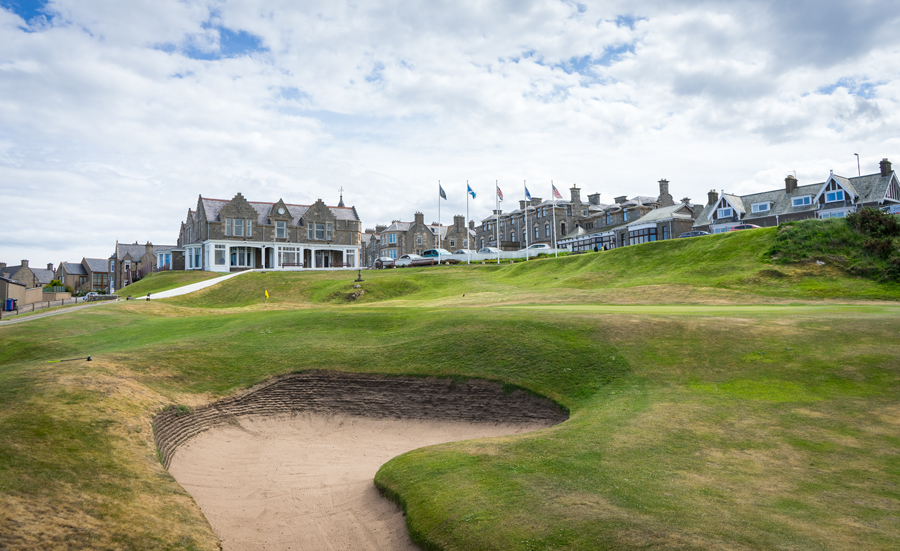 If you´re lucky your shot gets some extra yardage with a good bounce. If so, your last hurdle is to avoid the huge and deep mean bunker on the left side of the green. Once you managed it, have fun on the green in front of the nice club house. 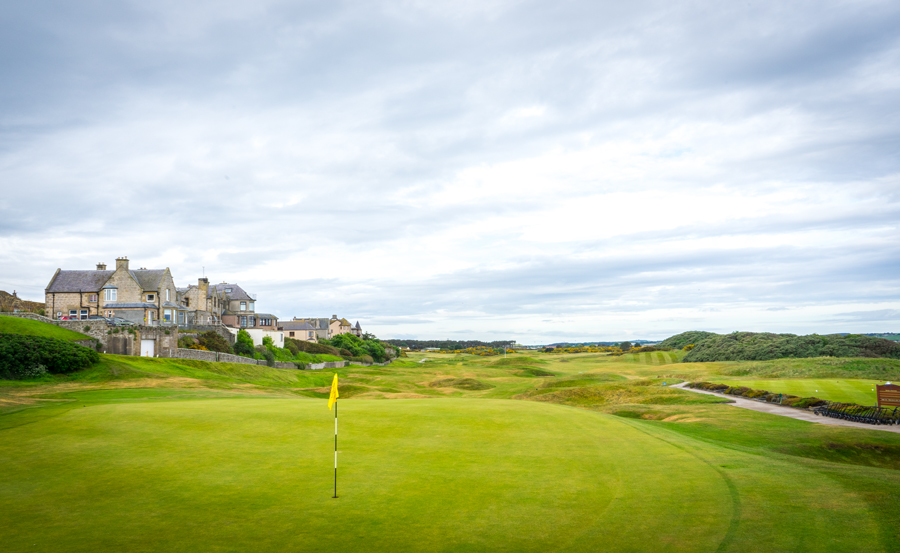 Old Moray Golf Club is for me one of the best and most special golf experiences in Scotland. The people are just overwhelming friendly, you couldn´t wish for better hosts. Moray Golf Club is highly recommended. I really need to play here again, even or because there is also a new course which I missed this time. 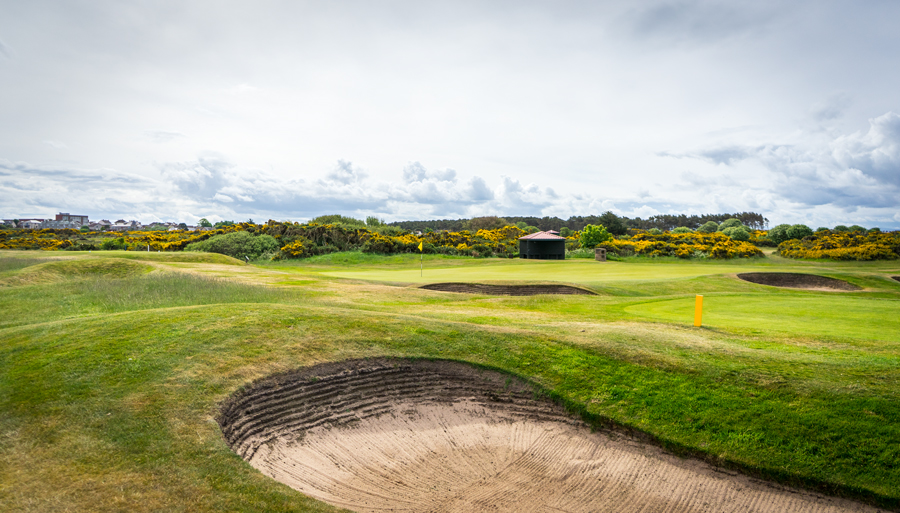