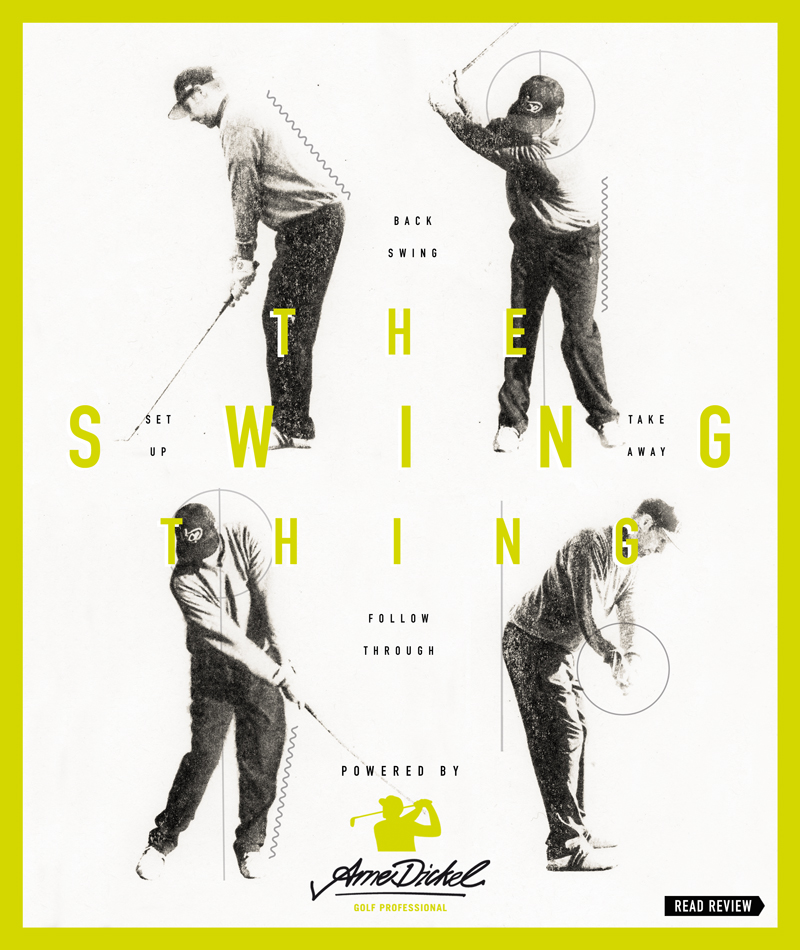 Here is the second session of “The Swing Thing” powered by Arne Dickel. Golf is a demanding sport for me which I would love to understand and play as good as I can. From the very first start of goodsundays.com I wanted to get better and play on a more competitive and representative level. Together with Arne, who believes in me and my vision I believe I can do it. The fashion as Arne holds teaching agrees exactly with my point of view about Golf.  Sporty and performance oriented bundled with a young, fresh and modern portions of sympathy. But after our first workout sessions quickly became clear that the sweeping away to the technically pure golf swing will be a very stony. Right now I am way to rusty and inflexible so a lot work to do. Arne describes in session two of “The Swing Thing” my development of my swing at the beginning of this season:

Fabian is trying hard to improve his backswing. The reason why it is hard for him is his lag of mobility in his upper and lower back and in his hips. It looks like a good turn from the front but he dips down with his head, tilts to much with his upper body and straightens his right leg to get into the turn. From this point it will get really difficult to get a consistent impact position which is crucial for a more consistent game.

His Ball still launches to high and curves to the left. We will improve that by improving his Early release into a late one which will change the loft of the club and the angle of attack.
Fabians weight shift is not ideal through his golfswing. If we improve his release and impact position, we have to get him in a better position with his body. Otherwise he will get problems with his trajectory especially with his long irons and woods.

We have developed a special TPI workout for Fabian which improves his upper and lower body mobility. He has a lot of power, but his mobility has to improve a lot. We want to get him in a great backswing position without loosing stability in the lower body. What happens in the follow through is caused by what happens in the downswing. His chicken winging and the cupped left wrist after impact is something that has his reason in the downswing.. The better we get Fabians Positions in the downswing and the right sequencing, the better it will look in the follow through and in the finish