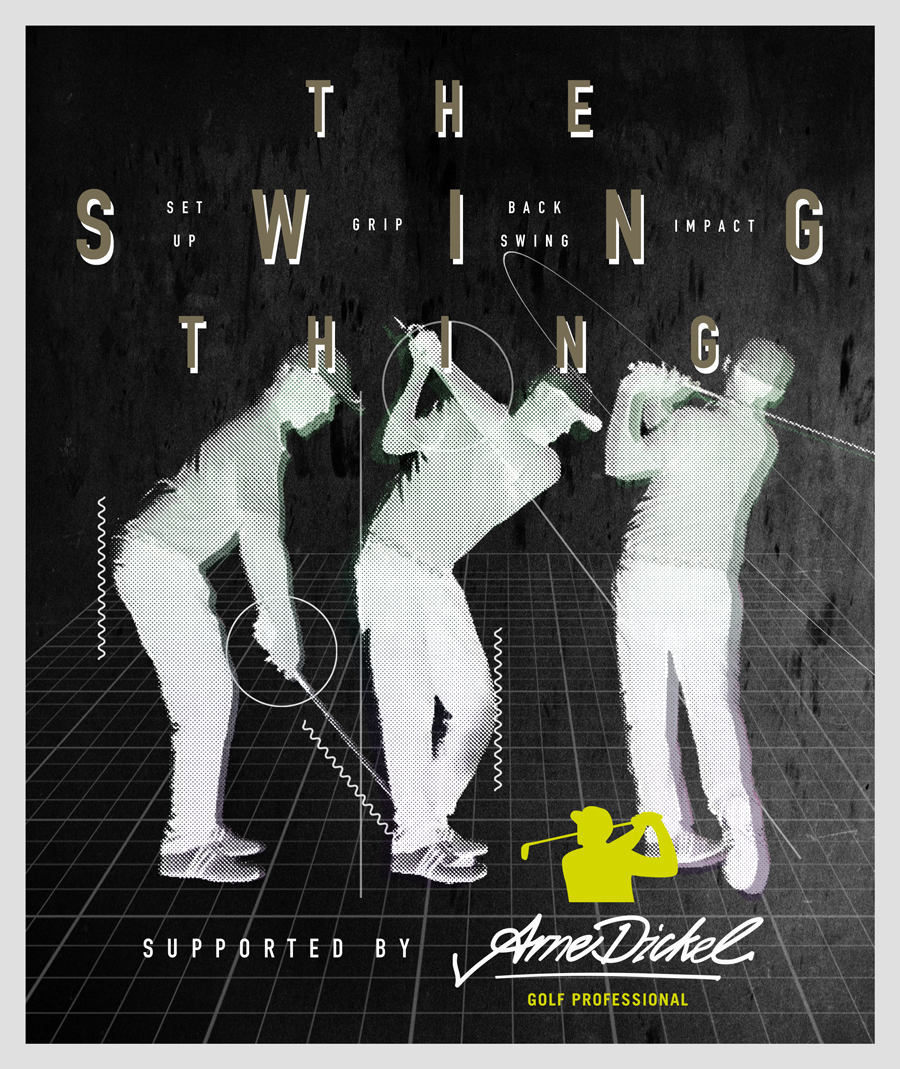 2008 when I hit my first bucket of golf balls on the range I decided that golf is the best sport in the world. I became quickly clear that golf is more than just a nice walk. From the beginning I wanted to know how to play golf and how to swing the club. A good sunday with a poor score is of course annoying. So I was in search of a young coach with athletic orientated teaching methods. After training with some not matching coaches, a good friend of mine told me about this very talented young Pro named Arne Dickel. After the first two lessons everything was clear.  For me he is the best coach. Not only in his work as a golf pro but also as a person. Quickly we developed a good friendship.

The Swing Thing is a project in association with Arne Dickel. Arne describes my golf swing in different stages of development. In the following entries Arne will also give me some tips and tricks for more good sundays in the future:

Fabians Golfball curves most of the times to the left. His other misshit is a straight left ball, we call it a Pull. The ball contact is too much down in the clubface so he has many thin shots and not often but sometimes fat shots.

We want to improve his Impact and we want to straighten his ballflight. Therefor we have to check his grip and set-up at the beginning. The Grip is important because it has two benefits if it´s right. One is a neutral clubface, Fabi´s tendency is to have his left hand sometimes to strong, so it will cause a ball to the left. The second is that you can cock your wrist much better with a good grip in the fingers. I will tell you some more about this when we talk about power.

His Set Up shows to much of a S-Posture instead of a neutral back. This forces Fabian to not rotate correctly with his upper body. We changed it and he starts to improve at this part of his swing. Than we took his Grip more into the fingers instead of in the palm of his left hand. This changes the angle of the club in the set up and improves his wrist cock and the release in his swing.

On the first picture of his backswing we can see a too flat armswing which causes an across the line position in the Top. On the second picture Fabian improved his position a lot and comes into the ball on a much better plane. This straightens his ballflight because he doesn´t have to flip his hands so much anymore through the impact.

Now we will see how he practices his stuff and will go on from there.

For our project we want to let you know how the ballflight gets better and better by improving the structure of Fabians swing. This is important in the long term to gain a technically sound golf swing. He has already implemented many good things. Impact, grip and Set-Up is something we check everytime we see each other. Very important to develop a really good golfswing.

I really look forward to keep you all updated on Fabians progress and we hope that the weather stays good for some more weeks.