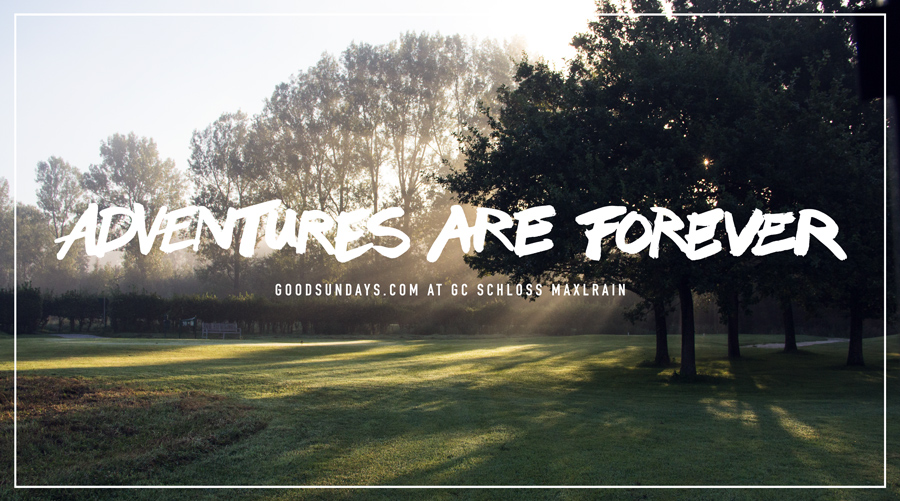 It was late summer, when I played GC Schloss Maxlrain for the first time on a Friday afternoon last year. I had perfect conditions, far and wide no clouds and nearly 30 degrees. My Arriving on the first tee already predicted  many things for this day. This track is very beautiful but it ruins your scorecard. This course forgives nothing. It’s long and it’s narrow and almost every hole is different and tricky. 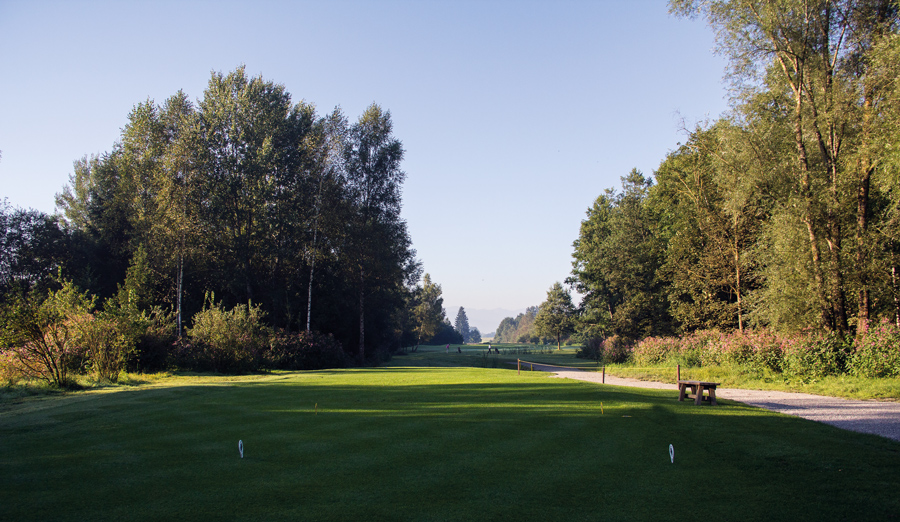 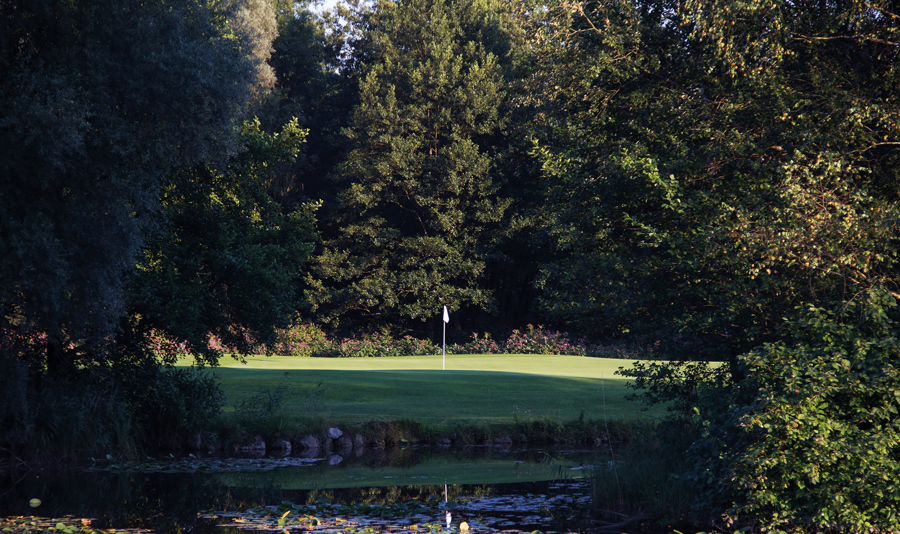 If you want to score, you have to be able to shape the ball! For example hole number four is a dogleg par 4 and the first task is to hit the drive on the right spot and to the right side of the fairway. From this point you take the trees out of the game, which are placed well in the middle of the landing zone! For the second shot you need to hit a long iron straight into the green. If not you will end up in the defending bunkers! The green is also tricky because it’s rather undulated.

Don’t ask me about my score on this one. The next hole isn’t any relief either. Again a dogleg, but this time a par 5 so you have to hit it straight or you are screwed. There is a small river on the left side, which is crossing the fairway just in front of the dogleg and on the right, there is a lot of weed and wasteland. 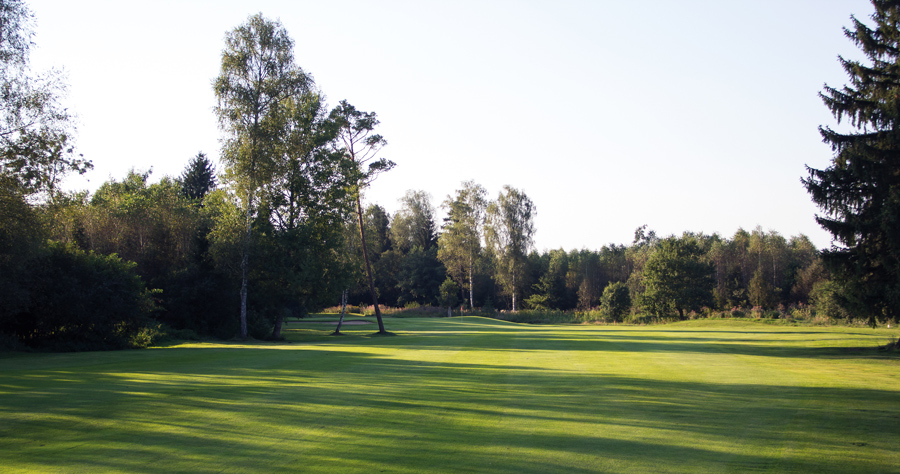 When you try to be in the center of the fairway and long enough, you could easily try the tiger line and attack the green. I played it very conservatively and chose a boring layup shot. From this spot it was a soft 9 iron into the green, a solid par on that day. But after nine holes I was done. 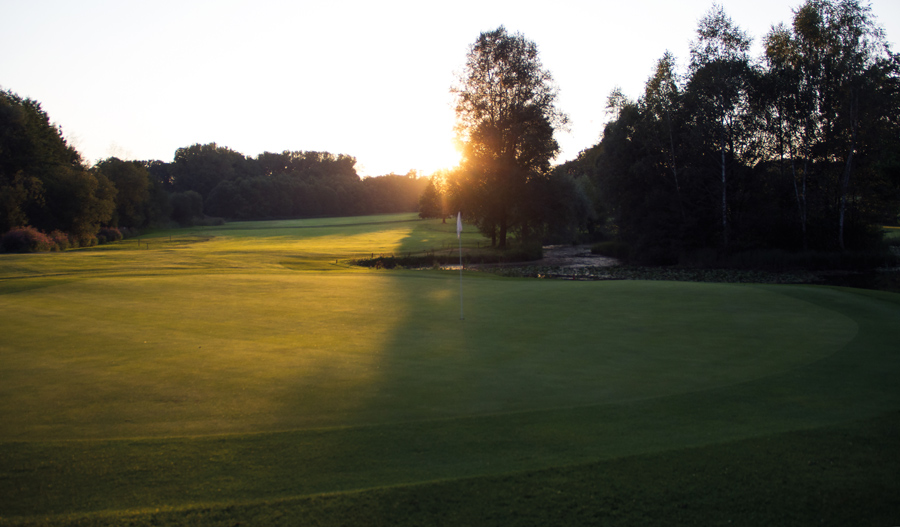 I got in contact with some cool young guys, members of the golfclub GC Maxlrain, and they arranged a flight for the next day. I decided to stay a little longer in the nice area around Rosenheim and wanted to take some pictures in the next morning before my round started! 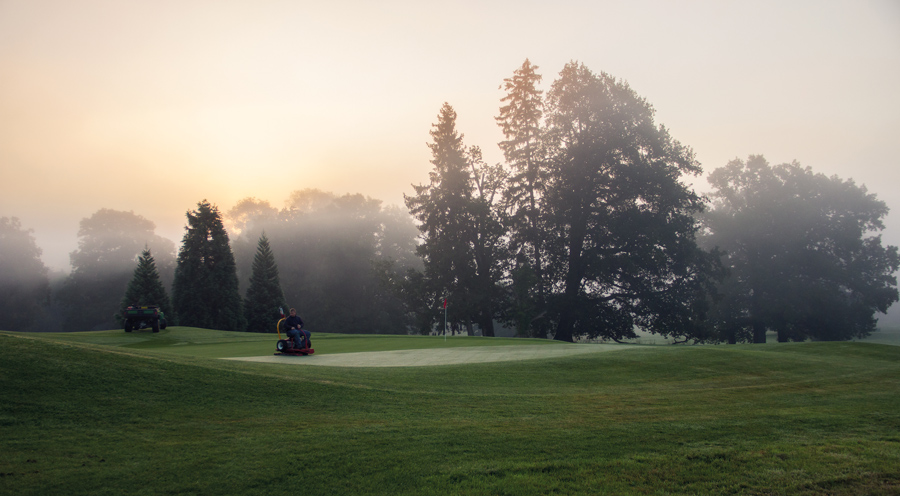 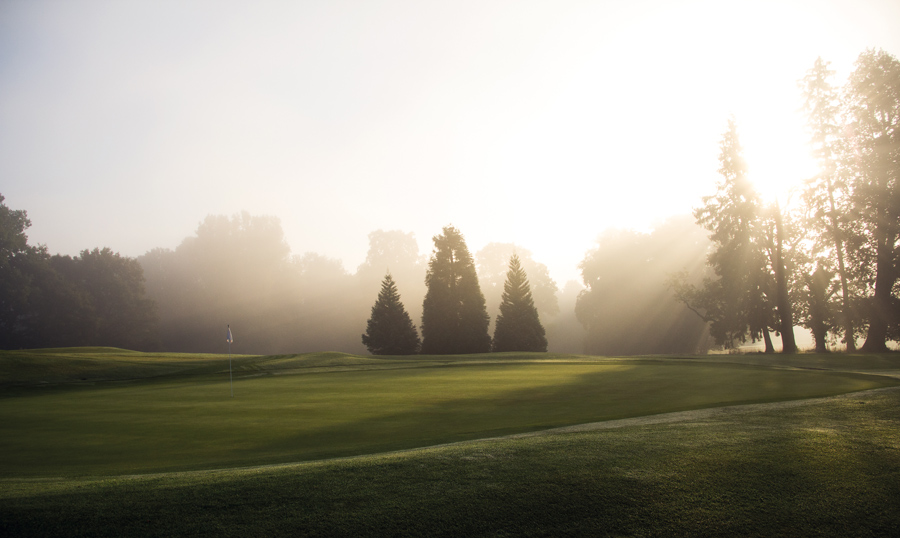 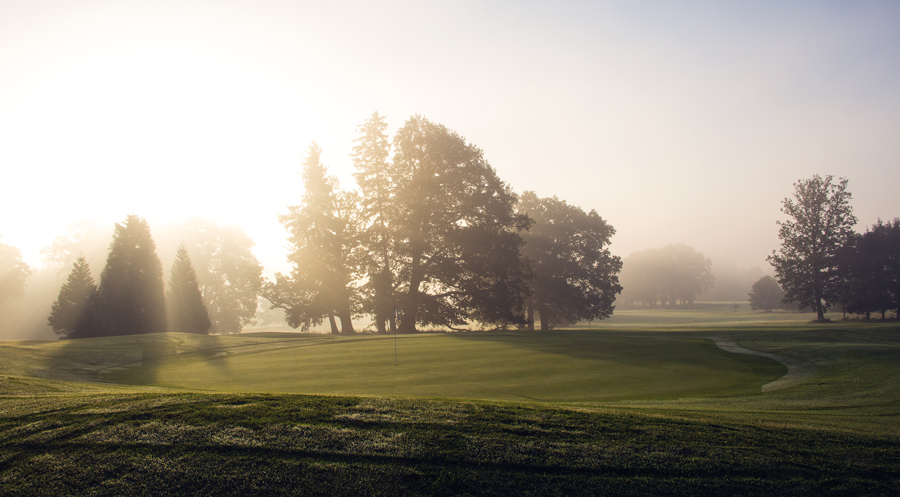 It was such a magic moment. First I thought that it’s way to foggy for some nice pictures, but when the sun rose up the course showed all of his mystic beauty. After this magical start into a day I met Konsti, a professional snowboarder who rides for the national team of Germany along with his brother and a young fellow of theirs. 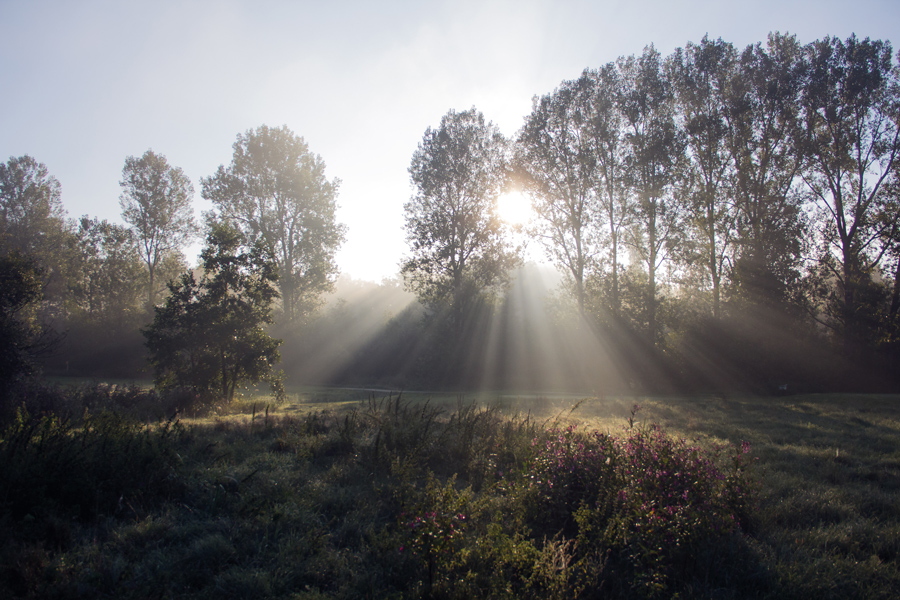 Young guys beween the age of 22 and 30 who really put me under pressure with their excellent game. But they told me all about the course and gave me some good hints. The bad thing is, that I couldn’t implement the advices. 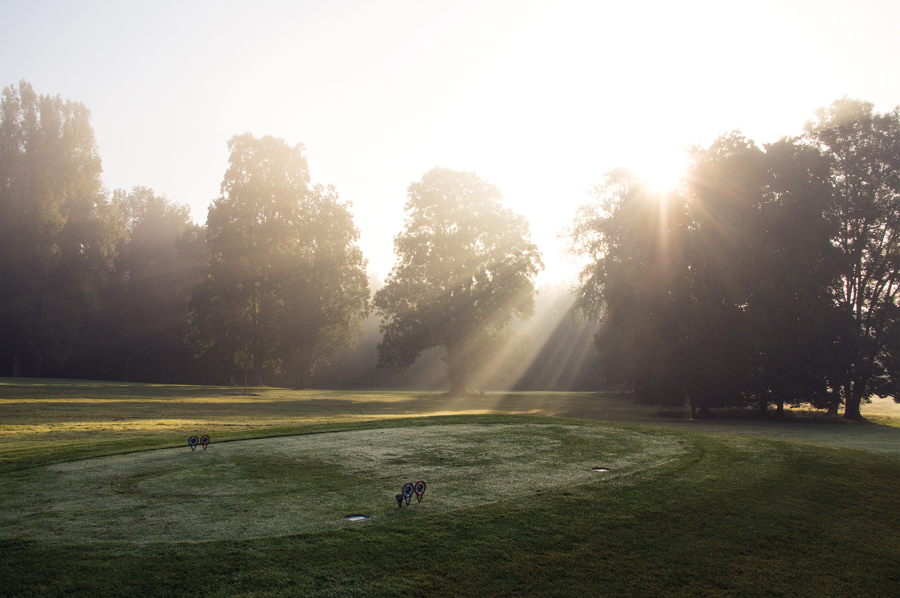 One of my favourite holes on the last nine was number 13. It was similar to the par 5 of the first nine holes but you have to play it totally different. For this one you need a straight tee shot with a long iron to avoid the small river, which is crossing the fairway. After that you need a long fairway shot to get to the right spot on the right side of the fairway. From that point you leave yourself a short wedge into the green. The green is fair and it’s no big deal, at least with that day’s pin position. But if your shot is not straight enough you will end up in the woods on the left side or out of bounds on the right side. 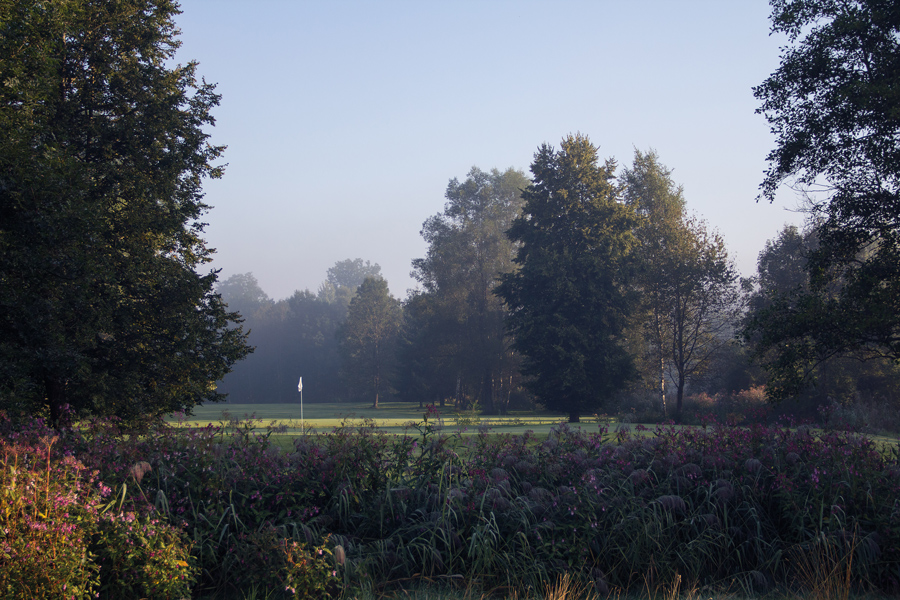 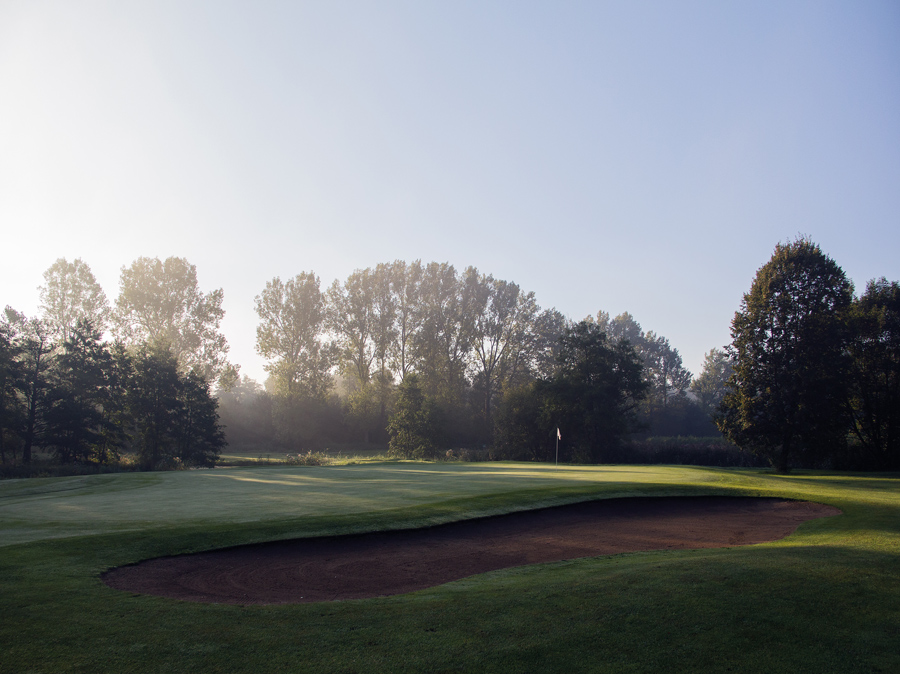 In general, there are woods all over GC Maxlrain, they are a big topic beside many small water hazards and streams on the course! The course is part of a park accompanying the castle owned by the Prince of Maxlrain, who founded this course in the 20.th century and still is a member of it. 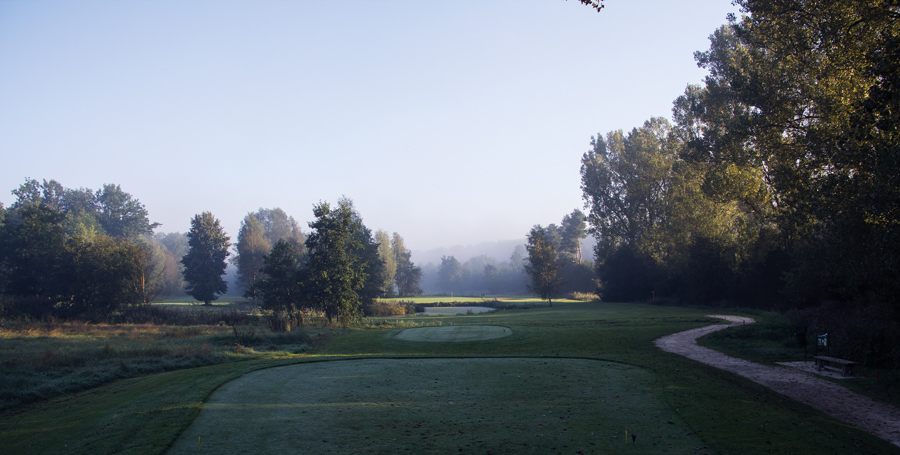 I really recommend this course! It’s such a beauty where you can see the Alps from some of the holes. Beside the birds there is nearly no noise during your round and the extremely friendly people and staff on the course and in the office are giving you the feeling of a short holiday break. There are also cool and young players on the course and I don’t have to mention that GC Maxlrain is always in a extremely good shape. So come over here and play this Bavarian Beauty!